Calves can make the perfect pair 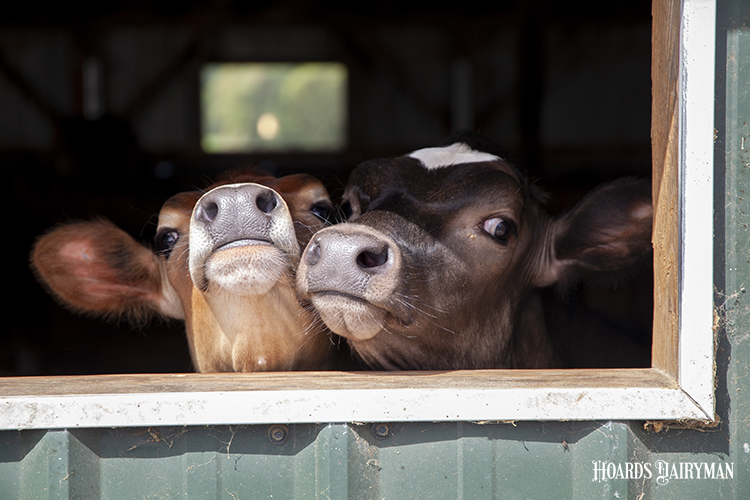 Group housing for calves is a common topic of conversation in today’s dairy industry, but it’s not a system that is easy for all farms to implement. That does not mean dairies can’t still reap the benefits that come from raising calves in social groups, though.

Whitney Knauer, an assistant professor with the University of Minnesota College of Veterinary Medicine, believes that housing two calves together in a pair is an easier transition for many farms that still yields positive results.

“I really like pair housing because we get a lot of the advantages of social housing without the detrimental effects of large groups,” she said during a presentation at the American Association of Bovine Practitioner’s (AABP) annual conference.

Knauer explained that pair housing requires few changes in overall calf management on the farm and generally won’t impact the milk delivery system. Paired housing doesn’t require a new building, and both hutches and pens can be adapted to accommodate two calves. “There is a lot of opportunity to modify what we already have,” she said about housing.

Studies have shown the same benefits in paired calves as they have in those raised in groups, including greater starter intake at weaning, longer lying times at weaning, and less vocalization at weaning. Calves raised with a peer also have a reduced fear of new objects or novel situations.

Knauer noted that pair housing is best suited for farmers that are already doing a good job with raising their calves. If a farm is currently facing health challenges among the calf herd, this would likely not be a good time to facilitate this change.

Pairing provides the most benefit when it is done earlier in life, prior to three weeks of age. Knauer recommended starting calves out individually for a week to 10 days and then forming the pair. There should be no more than a two-week age difference between the two calves, and less than one week is ideal, she said. “Calves should be vigorous and drinking well before being moved into a pair,” she added.

There are various ways to create groups in either hutches or pens, but Knauer reminded that each calf must be provided at least 35 square feet of resting space.

For milk feeding, Knauer noted that calves must be fed, at minimum, 6 liters of milk or milk replacer per day, split into two meals. It is most desirable to offer this liquid in a nipple bottle or nipple bucket to slow drinking time and reduce the risk of cross sucking.

If cross sucking is a concern, Knauer said it can be minimized by feeding more milk and feeding out of a nipple. She said there is also the option to split calves up for feeding. While this adds labor – about one minute per calf in a University of Minnesota trial – she said the calf feeders actually found it easier to feed calves when they were separated for milk delivery.

Knauer noted that the pen should include a water bucket and calf starter bucket for each calf. One benefit of social housing is that calves can learn from their peers, so if one calf is eating or drinking, it is desirable for the other calf to be able to mimic the behavior and to do the same activity at the same time.

No matter what system is used to pair calves, Knauer reminded the audience, “The basic principles of excellent husbandry and management apply.” Practices such as colostrum feeding, proper bedding, and so forth will all play a role in the success of pair housing for calves. 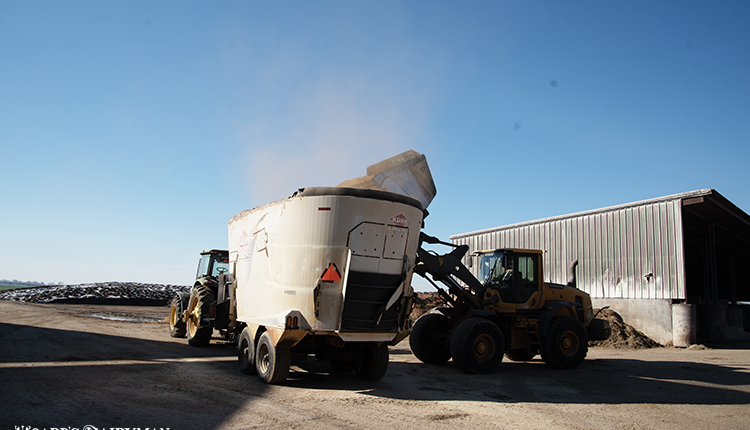