The whey permeate market could double 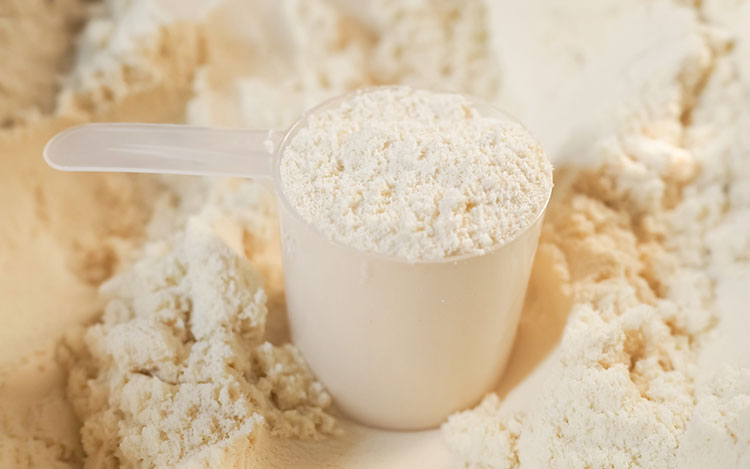 A new market for U.S. dairy has been cracked open, and it’s one that goes hand in hand with another existing market that capitalizes on the value of milk ingredients.

On the October 27 Hoard’s Dairyman DairyLivestream sponsored by Cargill, Vikki Nicholson-West explained that whey permeate is now able to be exported to China for human consumption. Though the ingredient is frequently used in feed, often for piglets, it was previously not allowed in the country’s human food standards. That changed last May, and Nicholson-West, who serves as senior vice president of global ingredients marketing for the U.S. Dairy Export Council (USDEC), believes it’s a huge opportunity for our country’s dairy industry.

Whey permeate is what Nicholson-West called the “co-stream” of whey protein production. It is very high in lactose as well as minerals.

“Many have used permeate for the last couple of decades for feed purposes,” she said. “It’s always been known that the lactose and the carbohydrate content is good for piglets and their development.” China, a heavy pork-producing and consuming society, uses significant amounts of whey permeate.

However, more research done at the U.S. dairy research centers also found that permeate has value as a human food ingredient. It enhances the flavor of whatever it’s put in while allowing the recipe to use less sodium, Nicholson-West explained.

“In China and a number of Asian countries, sodium reduction is really important, just as much as it’s been in the States,” she continued. This desire, along with the country’s familiarity with whey permeate, made it a perfect opportunity for the dairy ingredient in food applications. But, Chinese food standards kept it out of the market until last year, when approval was finally reached.

“That really opens the doors for opportunities to us because as the demand for whey proteins and other dairy proteins goes up, that means you’re making more of a co-stream,” Nicholson-West said. “Now we have a place that’s going to create a demand for that co-stream and provide that balance, but also elevate the value of that ingredient, which ultimately elevates the value of the milk overall.”

USDEC has found that permeate does well in soups and bakery applications, and they are conducting research in China to see what other local avenues it could work in. These efforts would potentially double what is already a 253,000-metric ton market for the U.S. each year, Nicholson-West described.

To watch the recording of the October 27 DairyLivestream, go to the link above. The program recording is also available as an audio-only podcast on Spotify, Google Podcasts, Apple Podcasts, and downloadable from the Hoard’s Dairyman website.

The next broadcast of DairyLivestream will be on Wednesday, November 17 at 11 a.m. CST. Each episode is designed for panelists to answer over 30 minutes of audience questions. If you haven’t joined a DairyLivestream broadcast yet, register here for free. Registering once registers you for all future events.