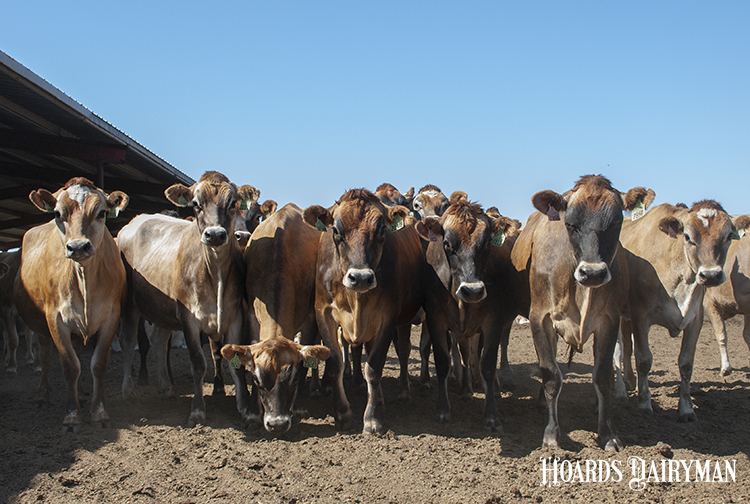 If you could cut your antibiotic use by more than half without affecting your herd’s health, would you?

You’re probably saying yes while thinking that sounds too good to be true. But that was the message Daryl Nydam shared in a Cornell University Transition Cow Tuesday presentation discussing selective dry cow therapy.

Nydam, a veterinarian with Cornell’s Quality Milk Production Services, believes that if the farm is right for selective dry cow therapy, the time to reduce antibiotic usage is now. Not only is it favorable in consumers’ eyes, but it allows the industry to lead its actions in drug use instead of being legislated. The practical, on-farm benefits add up when less money is spent on treatments and labor is saved not administering them.

Less than half needed treating

In studying how cows that qualify for treatment could be identified quickly, easily, and cost-effectively, Nydam and colleagues from around the country randomized nearly 1,300 cows into three treatment groups, with the first receiving blanket dry cow treatment. Other cows were identified based on milk culture results, with only quarters that showed bacterial growth receiving treatment and other quarters receiving a sealant. In the third treatment, an algorithm found cows that qualified for treatment if they had a somatic cell count (SCC) of at least 200,000 cells per mL, a clinical mastitis event within 14 days of dry-off, or two or more clinical mastitis cases in that lactation.

In the culture and algorithm groups, only about 45% of quarters were found to need treatment. This means antibiotic use was reduced by 55%, Nydam pointed out.

At the same time, the cure risk for cows that had an infection at dry-off was similar for all three groups, he continued. That was also true for infections developed in the next lactation, and the prevalence of postcalving udder infections was comparable among all cows.

In a prior, similar study, Nydam explained that they found no differences in milk production between treated cows and those that only received a teat sealant at dry-off. There were also no significant differences between the groups for risk of culling or mastitis.

Switching to a selective dry cow program is not a decision to make lightly, and it takes the right kind of farm environment to be able to do it effectively with the type of results Nydam shared. After all, blanket treatment serves the purpose it was introduced in the late 1960s to do: treat subclinical infections and prevent new ones.

“This blanket treatment was the right thing to do back then because the cow was likely to acquire a new pathogen,” Nydam said, sharing that studies from 1985 found that only about 45% of quarters were free of bacterial infections.

Today, that number appears to be in the 75% to 90% range, he continued. Additionally, farms now have much better control over Staph. aureus infections, lower bulk tank SCCs, and can use teat sealants, which reduce intramammary infections by 25%.

Nydam’s group also evaluated the economic implications of only treating cows that need it, and they found that, on average, switching to selective treatment saved $7.85 per cow. They developed a tool to evaluate that cost for any farm, which can be found here.

With all of this in mind, Nydam shared his list of standards a herd should meet to consider moving to selective dry cow therapy:

• Use of systematic dry-off lists

Butter softening but not melted
By Katelyn Allen, Associate Editor