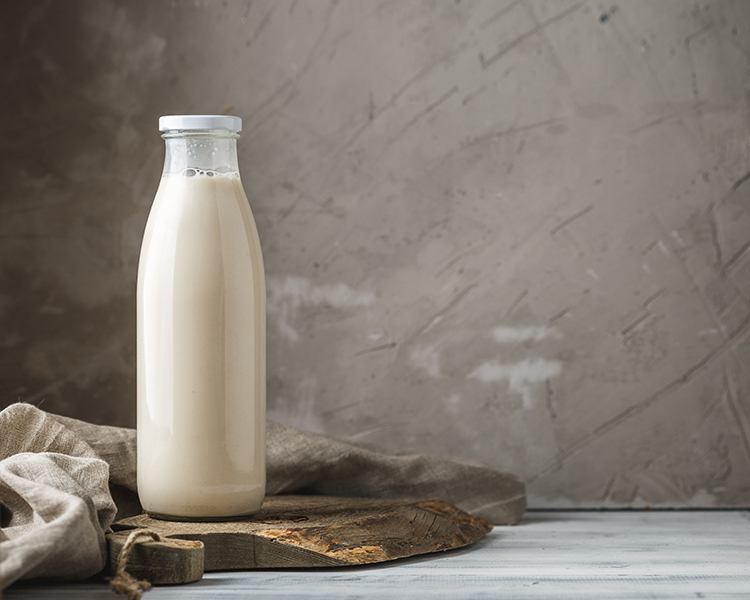 Humans have known for generations that milk — nature’s most nearly perfect food — is a convenient, versatile package of nutrition. For centuries, it was collected, transported, and stored in buckets, jars, barrels, and more so people could bring that nutrition to their families.

Just in the last 150 years, we have learned much more about how important the vessel that milk is stored and delivered in is to product quality, safety, and flavor. Today, milk is processed through stainless steel to limit bacteria and often packaged in plastic to maintain taste.

In between the milk delivery methods of buckets and plastic chugs, though, was an innovation that changed how milk was viewed as part of the home and consumer society: the glass milk bottle.

Last Tuesday, January 11, was National Milk Day (not to be confused with World Milk Day, the beginning of June Dairy Month), which recognizes the first time milk was delivered to homes in glass bottles sealed with waxed paper. That was in 1878, the same year the first glass milk bottle was patented with the intent to keep the milk that individuals bought cleaner.

Glass bottles allowed milk to be packaged for delivery to individual homes instead of families buying in bulk from a common container milkmen took from customer to customer. This was a clear advancement in both convenience for families and sanitation. The glass bottles were able to be washed and returned when the next delivery arrived. Refrigeration was still years away, so insulated boxes or cubbies on porches kept milk safely stored.

The typical bottle shape included a rounded lip and narrow mouth to make pouring easier. Nearly all bottles were clear, though some amber-colored bottles were used with the (false) belief the color would keep milk from spoiling if exposed to light. “Swing stopper” caps were used until around the turn of the 20th century when simpler paper fitted caps became the norm. And of course, dairies of all sizes often had their bottles embossed with a company logo. Later, color labels were sometimes used.

Experts say that the heyday of glass milk bottle use in the U.S. was the period between the World Wars. During the 1940s and 1950s, people migrating out of cities to the suburbs made regular milk delivery more time-consuming and challenging, and the more easily transportable waxed paper cartons and plastic jugs began to take the place of glass bottles.

Though they had a relatively short lifespan in common American society, glass bottles were a key stepping stone in safe milk becoming widely available to consumers off the farm. Now, they are often collected, sold, and traded as a piece of history. In some places, consumers can still get milk delivered in glass bottles by dairies that process their own milk. Past or present, National Milk Day recognizes them all!