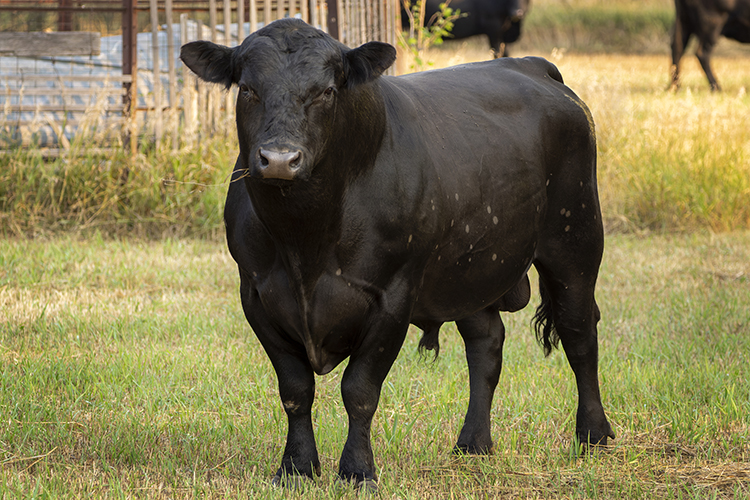 A record 8.7 million units of beef semen was sold to U.S. dairy farmers and cattle ranchers last year. That was up 21% over the previous year’s 7.2 million units, according to sales data posted by the National Association of Animal Breeders (NAAB). 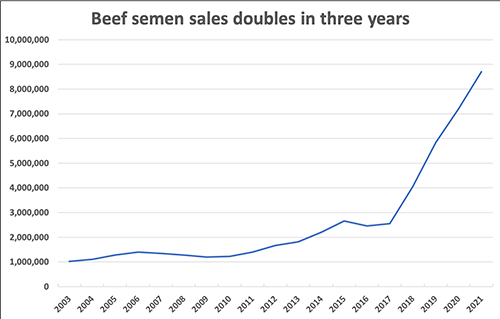 While no one knows for sure how much of that semen went into beef cows versus dairy cows, there has not been a movement to corral beef cows and artificially inseminate those animals on the nation’s largest ranches. Given that observation, beef semen on dairy cows continues to propel beef semen sales and transform the dairy replacement population. In the process, the ability to turn on the milk spigot during high milk prices looks a lot different, too.

Part of a triple play

Beef on dairy is a part of a triple play that began well over a decade ago.

First came sexed semen that delivered more heifer calves. On a growing number of U.S. dairy farms, a large portion of virgin heifers are bred to sexed semen. Not only do those farms get future replacements from their best genetics, but those resulting newborn heifer calves allow their first-time dams to have an easier birthing process and subsequently transition into the milking herd with fewer health issues.

Flush with heifer calves, the second part of the triple play — genomic testing — has gained significant momentum. First introduced to the industry in 2008, over one million genomic tests were performed on females in the U.S. last year. These one-million-plus genomic tests are taking place in a national dairy herd with just over 9 million cows. That’s tremendous growth on a technology that’s just 14 years old.

With plenty of replacements and equipped with the ability to sort out the very best replacement heifers with over 70% accuracy by running a genomic test at birth, farmers are now preselecting the heifers and cows that will generate their replacements. Many other members of the dairy herd get bred to beef to capture additional value in the beef market. This strategy allows respective farmers to reduce one of the largest expenses on the dairy — feed and feeding replacements.

Beef on dairy was near heresy a decade ago. Back in those days, only 1.3 million units of beef semen were sold in the U.S. That pushed past 2-million-unit level in 2014.

As this shift was taking place, dairy replacement numbers fell to their lowest opening year estimate since 2009. The 4.45 million dairy heifers over 500 pounds represented a 3.4% reduction over the previous year.

Indeed, dairy’s binge on beef appears poised to suppress dairy herd expansion now that record milk prices are on the horizon. Record costs, such as feed and fuel, will limit new milk, too.

The US breaks 76-year-old record
By Corey Geiger, Managing Editor