Get calf care rolling in the right direction 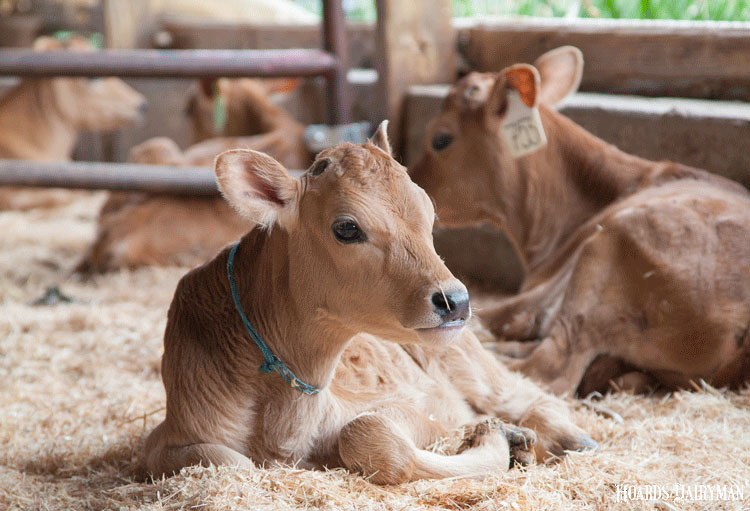 “We like to think of a calf as a ball rolling down a hill,” said Michael Steele during the University of Guelph’s Calf Trifecta webinar. “How you feed it will impact its future direction.”

For Steele, a professor at the University of Guelph, it all starts with colostrum. He reminded the audience about the importance of cleanliness for both the colostrum and the equipment used to store and feed it.

Quality is also key. Steele said colostrum should have a Brix reading greater than 22 and at least 60 grams per liter of immunoglobulins. Strive to feed that first meal within an hour of birth, or as soon as possible, Steele said.

As for quantity, his recommendation is to feed at least 10% of a calf’s bodyweight in the first 12 hours of life. “If you can feed more, please do,” he emphasized. Steele noted that a second meal of high-quality colostrum is also valuable and can boost the calf’s absorption of immunoglobulins.

Another key component of the preweaned period is feeding calves enough milk or milk replacer. A growing body of research shows that a higher plane of nutrition during calfhood can positively influence milk production down the road.

Going along with higher levels of milk is a stepped down weaning process to help make the transition less stressful. If weaning is not done gradually, Steele said these calves will not eat enough starter to compensate, which can result in poor growth and more susceptibility to disease.

“When feeding all this milk, we can still have really great weaning success,” he noted. He recommended a step-down protocol that extends over at least a two-week period, with multiple steps. Wean calves after 8 weeks of age and not before, he emphasized.

Steele said to feed a high-concentrate diet, greater than 85%, but keep starch below 30%. In addition, for farms feeding ad libitum or high levels of milk, he strongly encouraged group or pair housing so that calves could learn from each other, which helps bolster starter intake.

Management decisions the first few weeks of life set the stage for future productivity. Steele’s advice on colostrum feeding, the milk diet, and weaning can help roll the ball in the right direction to get calves off to a good start.