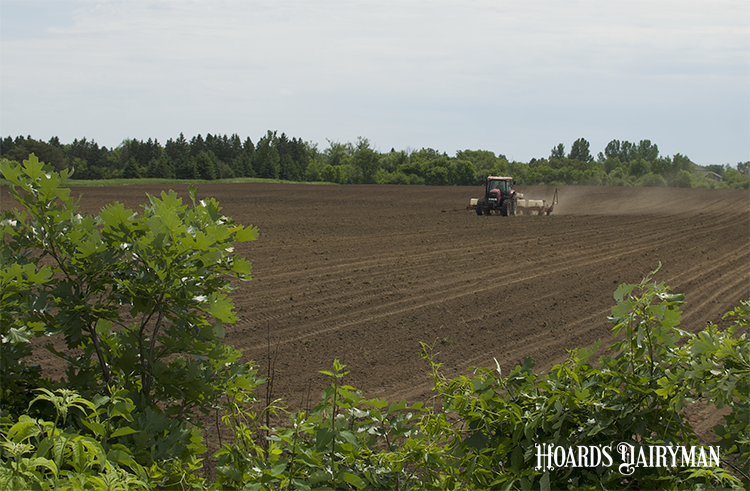 While planters were rolling fast and furious this past week, corn planting has been running a bit behind the five-year trend. This year’s cool, wet spring is partly to blame.

As of May 22, 2022, corn planting was 7% behind the trendline. That’s according to USDA’s Crop Progress report.

Of course, that’s the national average. This year’s planting progress stood at 72%, while the five-year trend was 79% of seeds in the ground by this time.

Among the big “I” states — Illinois, Iowa, and Indiana — the corn crop went into the ground as scheduled, with Illinois being on its five-year pace. Iowa was off just 3% and Indiana was set back 5%. The big “I” states accounted for 38% of America’s corn grain crop in 2021.

When it comes to dairy, however, corn silage is king. In looking at the report for states that rank among the top 10 for corn silage, planting is off by a slightly higher 8.1% when compared to the five-year average of 7% for all states. The state that stands out the most is Minnesota — down 26% when compared to the 2017 to 2021 planting data. Only neighboring North Dakota was further behind with a meager 20% of its corn crop planted and compared to the 66% planting rate for this time over the past five years.

For the rest of the top 10 corn silage states, USDA does not track planting progress in No. 2 California, No. 5 Idaho, and No. 4 New York.