The darker side of plant-based protein 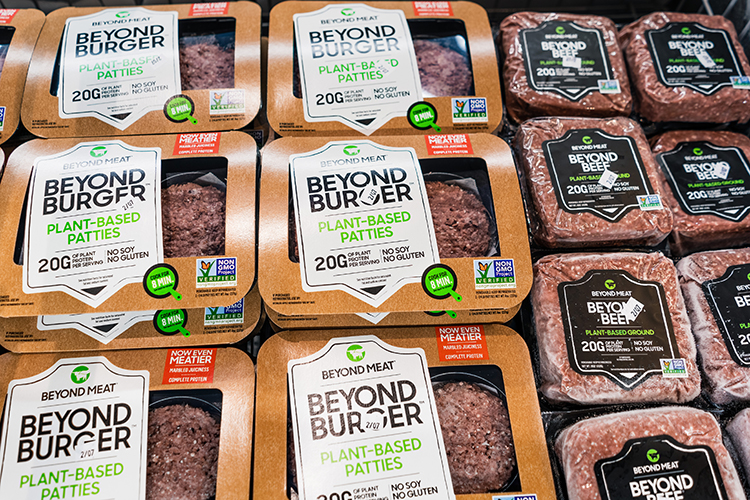 Following in the footsteps of the cow milk alternatives that clutter the dairy case, there is a growing number of stores and restaurants that offer plant-based “meat” as a substitute to the real deal. Unfortunately, these alternatives may hurt the livestock industry in more ways than one.

Plant-based meat substitutes are looked at as a way to reduce the food supply’s carbon footprint. In a research paper published by Cornell University, John Hopkins University, and Lancet Planet Health, it shared that using meat protein alternatives could reduce agriculture’s carbon footprint between 2.5% to 13.5%. Most of this reduction would come from the need for fewer cattle, anywhere between two to 12 million head.

While lowering carbon dioxide emissions from agriculture is a worthy goal, the authors noted that plant-based alternatives to beef are not a “silver bullet.” The researchers looked at the impact of plant-based beef alternatives, comparing the economic consequences when alternatives replaced 10%, 30%, or 60% of current beef demand in the United States.

Under the 60% replacement scenario, they found that the food system, and in particular the beef segment, may contract by 45%. This consolidation could threaten more than 1.5 million jobs, primarily in the areas of production and processing.

In an article that appeared in the Cornell Chronical, the authors noted another potential consequence of shifting away from beef production. Resources no longer needed for raising as many beef cattle might allow the hog pork and poultry sectors to expand. The research model shows that two to 12 million cattle could be replaced by 16 to 94 million more chickens or up to 1.4 million pigs.

One downside to this is that both pork and poultry production face more scrutiny over animal welfare concerns. Expanding these sectors could open more doors for activists to criticize not only poultry and hog farms but production agriculture in general.

While new technology is often viewed as a positive in agriculture, the advances that led to animal protein alternatives may have unintended consequences that, in the long run, affect businesses and local communities and cost people their jobs.