How can dairy set goals for sustainability? 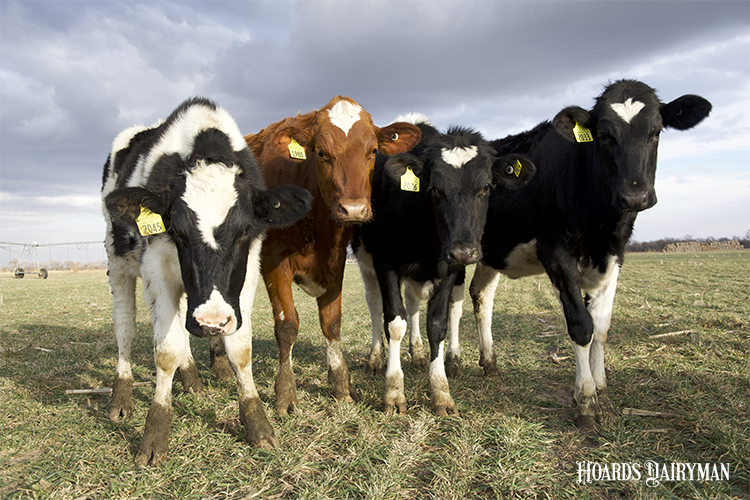 Net Zero by 2050. It’s a lofty and, at times, overwhelming concept to consider that dairy could achieve carbon neutrality, optimize water usage, and improve water quality by 2050. That’s the goal set out there by the Innovation Center for U.S. Dairy and the collective U.S. dairy community.

It’s also a reason that dairy built a 30-year runway . . . if you will . . . to achieve that goal by 2050. To be sure, it will take an entire team of producers, processors, and retailers to reach this goal. Albertson’s Jordan Clark recently shared thoughts on the matter to those attending the 96th Idaho Milk Processors Association meeting.

In sharing his thoughts, Clark was responding to a pair of initial questions posed by the panel moderator. How would one go about ensuring supply chains are clean as it relates to sustainability? Also, what might be some goals and standards when it comes to dairy?

“I think an important part of the idea of sustainability is fostering continuous improvement along every node of the supply chain. We have a very judgy set of customers — human beings who want the best for their families, their communities, and the environment. And I self-deprecate in saying that because we all want the same things, too,” he shared to the over 550 producers and processors attending the August 12, 2022, gathering in Sun Valley, Idaho.

As the conversation continued, Clark went on to explain that the complexity of the supply chain presents two big challenges on this issue:

• The ambiguity of an appropriate sustainability standard for each

Overall, it seems premature to expect impactful, executable standards to be established everywhere when the food industry hasn't gotten good at measuring environmental impact yet. “We need to focus on hastening this important step,” shared Clark.

“Take, for example, a box of mac and cheese. The manufacturer purchased a barrel of cheddar to make powder packets of cheese. In order to make the cheese, the cheese manufacturer purchased milk from dozens and dozens of farms,” he shared as it relates to just one portion of the mac and cheese,” shared the senior strategic sourcing manager for dairy at Albertson’s grocery store.

“How persnickety do we get?” he asked rhetorically of the sustainability question.

“I think the most important thing is to begin to measure everyone in the supply chain to gain a better understanding,” he said of the importance of picking a starting point.

“I don’t know where the finish line is located; how far each farm and plant is from Net Zero. I think Step No. 1 is to measure our starting blocks with material assessments on emissions and similar standards,” he said of future sustainability efforts. “It needs to be indicative. I don’t think it behooves us to think we know exactly what the end game looks like. We certainly have to start with a good understanding of our starting position,” continued the dairy supply chain, policy, and marketing specialist.

“One thing I would like to see is a system . . . we can take everyone in the supply chain, determine where they are at, and then link it together like a train. Those that are exemplifying most of the ideals in sustainability would be in front of the train and receive awards,” explained Clark, who has prior experience in dairy plant optimization with Land O’Lakes. “Those in the back of the train would be empowered by their business partners and industry advocates with the tools and information they need to push themselves forward,” he further explained. “Instead of a system of standards that says everyone needs to have these specific ideals and just cut out the chaff, we should instead empower everybody to move forward.

“At this stage, continuous improvement is more key than a specific standard because every farm is different,” he shared, doubling down on the concept. “It doesn’t make sense for everyone to have a methane digestor. However, everyone can do something,” Clark shared as to sustainability concepts on the farm.

“That’s why I think of my train analogy, where everyone is moving toward continual improvement. What we want is to benchmark that improvement,” said the Albertson’s dairy specialist who sources milk form the company’s nine dairy plants and sources store-brand dairy products from co-packers nationwide.

The overall is continual improvement on the sustainability front. Even though continual improvement is the overarching goal, there are deal breakers. “The entire industry wants to show bad actors to the door,” Clark said in an interview after the meeting. “But I think the differences we see in sustainability among producers and processors are rarely caused by differences in values. Its more complex than that.” he said, given the context that he was speaking at the IMPA meeting with a fair number of dairy producers in the audience.

“And bringing up the rear of the train is where the biggest impact happens. So, I’d like to see dairy precompetitively work on that.”