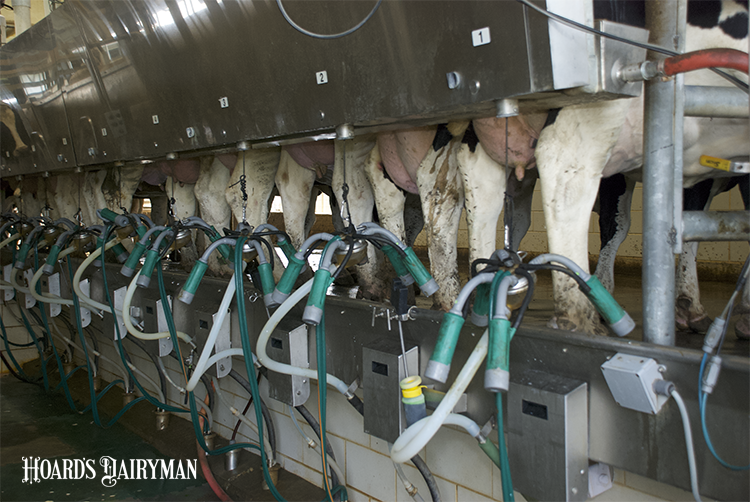 Predicting future milk prices has become a precarious endeavor as of late. This holds true in both the United States and New Zealand.

Since its opening forecast of a $9 midpoint per kilogram of milk solids (kgMS) on May 25, New Zealand’s Fonterra Cooperative lifted that forecast to a $9.50 midpoint on June 22 and then dropped it to a $9.25 midpoint on August 25. This midpoint, with a range of $8.50 to $10 (kgMS), is an important indicator for Kiwi farmers as the cooperative markets over 90% of the island nation’s milk. Equally important is that New Zealand dairy farmers are entering the spring flush in the Southern Hemisphere.

What’s this price on a U.S. scale?

To better understand the New Zealand pricing metrics on a U.S. scale, we turned to the University of Wisconsin’s Mark Stephenson. The previous June 22 forecast of a $9.50 midpoint would yield a Class III price of $17.90 per hundredweight (cwt.) with a $19.57 figure for milk shipped at average component test. With the August 25 revision to a $9.25 midpoint, the Class III forecast for Kiwi dairy farmers would equate to $17.43 per cwt. and a $19.05 figure for milk at average test.

Those are the midpoints.

After falling for the past 10 of 11 bimonthly trading sessions dating back to March, New Zealand’s Global Dairy Trade auction posted a 4.9% gain during September 6 trading. Overall, dry milk powder and Cheddar were selling for a premium on that exchange when compared to the CME spot market. On the flip side, U.S. butter was fetching over a 70-cent premium when compared to the Kiwis.

It’s one of the reasons that Class IV futures have held strong on the CME with both September and October contracts selling over $24 per cwt. compared to Class III hovering near $20. In short, cheese inventories are strong and butter inventories are light heading into the all-important fall and winter baking seasons.

While markets still predict a strong Class IV on the CME for the next two months, those prices begin to slip with a November Class IV in the $23 range followed by $22 figures for December and January. Then prices have traded under $21 per cwt. for the subsequent months.