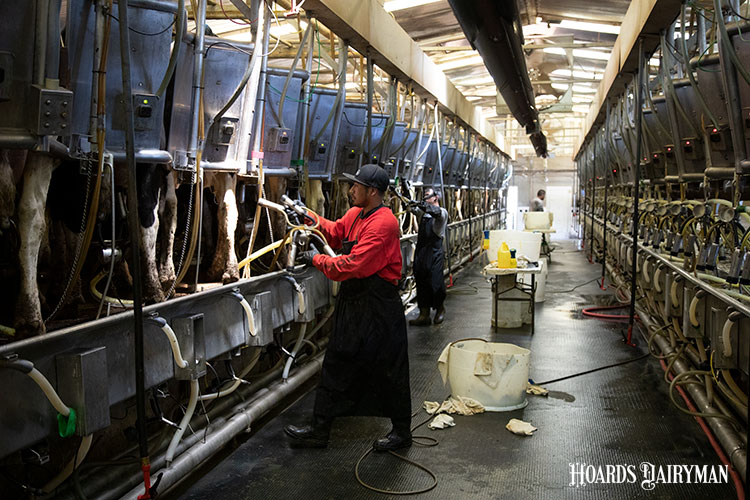 The Farm Workforce Modernization Act had gained significant momentum when it passed the U.S. House of Representatives by a 59% margin last year. However, the momentum did not carry over into the Senate where congressional leaders have not been able to reach an agreement. When looking at the remaining legislative calendar, it appears that the bill could die at the close of the 117th Congress. That would mean the entire process would need to start over on solving agriculture’s labor woes.

Even though 30 Republicans supported the bill in the House, there has been trepidation among the Republican cohorts in the Senate due to the issues at the U.S. and Mexican border. That was the situation in 2021 when Senate discussions first took place on the bill. Fast-forward to the present and apprehensions at the Southern border have reached a record pace.

Due to this situation, there is little to no chance that the bill will be brought up in the Senate prior to the November 8, 2022, election. After citizens cast ballots in this fall’s election, there is only one week on the legislative calendar before the Thanksgiving recess. Then, three weeks remain in December before the adjournment of the 117th Congress. That means the farm workforce modernization effort would have to start anew in January 2023.

There’s good reason that over 300 agriculture groups signed on for support of the bill. While the Farm Workforce Modernization Act was far from perfect, the measure would provide a clear employment structure for immigrant workers already in the U.S., address agriculture’s need for year-round farm labor, and clearly outline employer obligations. In short, the measure represented the best opportunity the farming community has had in decades for resolution to its labor woes. Learn more by reading the Hoard’s Dairyman Intel, “What the Farm Workforce Act could mean?” In making her final appeal for passage in the House of Representatives, Zoe Lofgren (D-Calif.) placed that Hoard’s Dairyman Intel into the Congressional Record.

For those who contend immigrants don’t improve America’s fortunes, one must remember this fact — of all the new jobs created in the United States, only 8% have been in rural America as of late. When farms founder, the food manufacturing jobs coveted by native-born rural residents often disappear. That further weakens rural economies.

That’s the very reason we should begin calling workforce modernization a food security measure. For a deeper discussion on that concept, read the Hoard’s Dairyman Editorial Comment, “Let’s call it food security.”