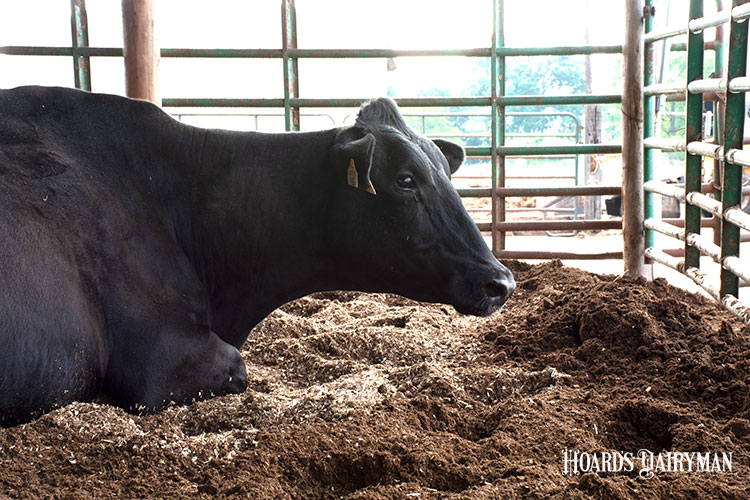 With any disease, early detection is critical to minimizing the illness’ impact. That requires skill not only in recognizing that something is wrong, but also in knowing how to define what is happening and how to assess it.

The early lactation period is where disease is often prevalent for dairy cows, and much of the time, it is complex to accurately record what a fresh cow is dealing with. To best care for that animal and ones in the future that experience similar symptoms, establishing and teaching disease standards to everyone working with the herd allows for more effective treatment methods, said Adrian Barragan.

“In order to have well-developed, proper, and usable protocols, we need to have accurate disease definitions,” the Penn State Extension veterinarian said during a webinar presentation. That doesn’t necessarily mean every farm will define every disease exactly the same way, he noted, but everyone on any given farm should be identifying and recording a disease similarly.

Your veterinarian can be a valuable resource in laying out your standards, Barragan said. Once they are established, employee training is necessary so everyone knows the definition and how to make note of it in the farm’s recordkeeping system. Without those accurate explanations, it will be very difficult to track trends over time, see when a problem arises, and know how to handle it. “Troubleshooting will be a nightmare because we don’t know what’s actually going on because we aren’t recording the data,” Barragan explained.

Uterine diseases are especially prevalent in early lactation, and oftentimes, small changes that can be easy to miss can lead to significant concerns over time. The most common uterine disorders that Barragan recommended a farm define are retained placenta, metritis, endometritis, and pyometra.

Some of these conditions are easier to define and identify than others. While a retained placenta might have a fairly straightforward definition, evaluating vaginal discharge to diagnose metritis, and then determining if it’s a clinical or systemic (discharge plus fever, depression, and drop in milk) case, is more complex.

As a starting reference, the veterinarian said that checking cows for metritis between Days 4 and 10 in lactation will catch most cases. You will have to determine if you record both clinical and systemic cases and if so, how that distinction is made, he said.

On the other hand, endometritis is most often identified starting around 24 to 30 days in milk, Barragan described. Pyometra, which involves fluid accumulation in the uterus with the closure of the cervix and the presence of a corpus luteum, is often rare on farms, so a jump in incidence could mean a transition period problem.

Barragan explained that diseases may be indicated by both leading and lagging factors. Leading factors cause an event — think a greater body condition at dry-off that leads to problems after calving. Lagging factors, on the other hand, occur as or after something has happened as a red flag. This might be a drop in production, poor reproduction, or weight loss.

Knowing how to categorize lagging factors into established disease definitions puts a cow on a faster road to recovery. And with more of those accurate records collected, identifying the trends of leading factors that may be causing the disorders can prevent them from happening more often in the future.

Will you share your story? It’s a DEAL!
By Katelyn Allen, Associate Editor