Edema can become something greater 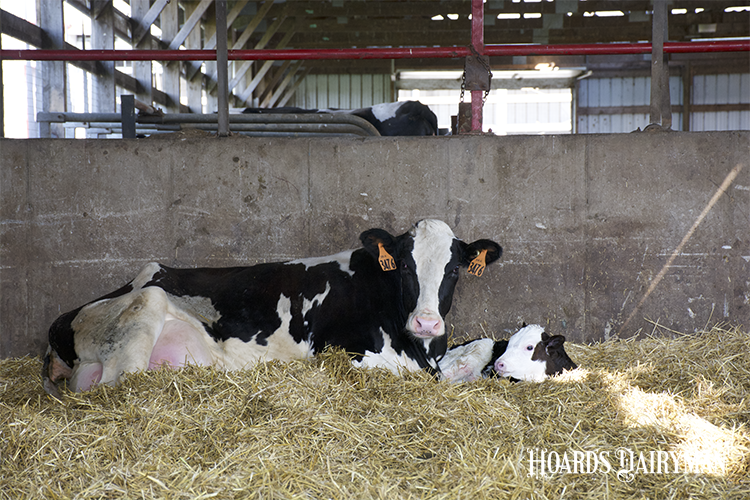 As unpredictable as any day on a dairy farm can be, there are a few things that we can typically count on happening. Because of the changes a cow’s body goes through around calving and the transition period, one of those near certainties is the presence of udder edema in the herd.

Edema is the noninfectious swelling of the udder in close-up and fresh cows that results from lymphatic fluid moving through the body around calving. However, when the rear udder’s center seam starts to significantly soften and the swelling continues to stick around weeks after calving, edema can become a concern for additional health problems.

On a Michigan State University dairy extension podcast, Emma Morrison from the University of Guelph described research her group has done that explored some of these relationships. They scored the severity of edema in about 1,300 cows that were spread over three farms from one week prior to calving to three weeks after. Morrison described her four-point scale of edema scoring as a useful way for farms as well as other researchers to evaluate how prevalent this problem is in their herds.

The first noteworthy discovery from their data puts numbers to something those who work with cows know well — first-calf heifers develop the most edema. In the study, Morrison described that they observed edema in 86% of first-lactation animals. On the other hand, just 56% of second-lactation cows developed the condition.

Among the diseases they analyzed, edema appeared to be particularly linked to subclinical ketosis. “Cows with udder edema had higher concentrations of beta-hydroxybutyrate (BHB) in the blood at Week 2 and Week 3, so there is increased prevalence of ketosis at Week 2,” Morrison explained of the main indicator of ketotic cows.

Cows with longer lasting edema also had a higher incidence rate of clinical mastitis, she added. The other metabolic diseases studied did not show a relationship with edema.

This is one of the many examples of questions around udder edema that need to be researched further, she said. It does highlight the importance, though, of preventing excessive edema development in late gestation heifers. In a previous podcast, Michigan State Extension educator Cora Okkema explained that high-salt diets can lead to more severe edema in heifers, so this group should not be fed the same anionic ration that older dry cows may receive.

Edema may be a natural part of the calving process, particularly for young cows, but if it is exacerbated, it can cause more concerning issues. Preventing heifers from developing excessive edema and using topical solutions that can accelerate healing can help prevent a common reaction from turning into something more problematic.