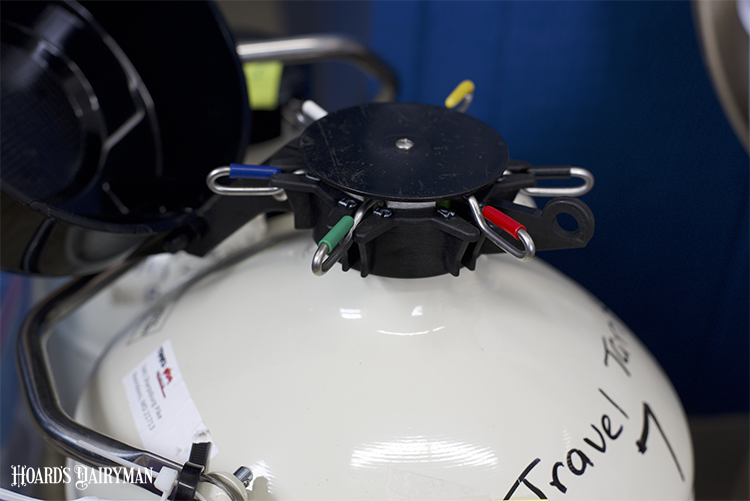 Dairy cattle reproduction has come a long way in recent decades. It is not uncommon now to see herds reaching service rates and pregnancy rates that are much different than they were just a few herd generations ago. It was around the year 2000 that the rising national trend of days open began to decline thanks to management tools including activity monitors and timed A.I. as well as improved genetics, noted Paul Fricke during the Dairy Cattle Reproduction Council annual meeting.

Fewer days open means cows are getting pregnant sooner, and that gradual climb in 21-day pregnancy rate has provided a foundation for farmers to use all of the other reproductive tools they do today, the University of Wisconsin-Madison professor said. He described pregnancy rate as the basis for the pyramid that includes genomic testing, embryo transfer and in vitro fertilization, and beef and sexed semen strategies. You can’t make the most of the others without a solid base in getting cows pregnant.

An obvious key to getting cows pregnant is the timing of insemination, and with the skyrocketing use of sexed semen, some discussion has emerged if the reduced fertility of that product can be offset by delaying breeding. In general, Fricke said he expects conception rates to be 85% of the average level when sexed semen is being used.

Now, sexed semen is typically utilized the best opportunities for pregnancy to begin with. “You’re using your sexed semen in your most fertile animals at the most fertile breedings,” Fricke said, illustrating dairy records his lab has compiled over the last three years from more than three million Holsteins and 176,000 Jerseys. Dairy farmers are using sexed semen most often on heifers and at earlier breedings.

With that known, they studied the effects of both a five-day and six-day controlled internal drug release (CIDR) synchronization protocol in heifers, including how timing of breeding impacted results. Fricke described that about a third of the heifers in the five-day synch came into heat a day early, and they were bred then. Those animals had a greater pregnancy per A.I. than those bred on schedule.

Building off of research done at the University of Florida, Fricke also emphasized that delaying breeding does not seem to make a significant difference with breeding with sexed semen. Still, breeding too early is also not good practice because there are fewer sperm in sexed semen to reach the oocyte when it is ovulated.

“If you’re using sexed semen in the context of a synch protocol, don’t change the timing,” the reproductive physiologist summarized.

Because of sexed semen’s processed nature, it is an inherently more fragile product that requires more stringent attention to detail. Conventional semen, Fricke said, can cover up a lot of errors in insemination timing. He recommended that if farms are using sexed semen, increasing the frequency of heat detection (to maybe both morning and afternoon) could be beneficial to performance.