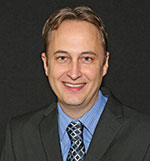 Discussing the ideal size for a cow can be a contentious topic. Some prefer large cows because their udders are further from the ground which makes milking easier in a tie stall setting, and of course larger calves and cows tend to stand higher in the show ring. Genetic change is also easier to obtain for size because of its higher heritability than most other traits.

Other breeders point to higher feed costs for large cows and believe that smaller cows tend to be more "trouble-free." A long-term selection experiment has helped to quantify changes in cow health when selecting for greater body size. Results were published in the September issue of the Journal of Dairy Science (volume 95, pages 5384-5392).

Large and small compared
The selection project was conducted at the University of Minnesota's Northwest Research and Outreach Center in Crookston and included lactations through 2002. Beginning in 1966, the Holstein herd was split into large and small lines. Each year, the three highest and three lowest bulls for body size from among the top 50 percent of the active A.I. population for production were selected. Large line cows were bred to bulls that transmitted large size, whereas the small line cows were bred to the sires that transmitted smaller body size.

Small still got bigger
Even though the small line has been continually mated to bulls that transmit small body size, cows in the line actually grew in size over time. Small line cows during the first 15 years of the trial weighed 203 pounds less than small line cows during the second 15-year period. This demonstrates that there has been substantial selection pressure in the Holstein breed toward larger frames. Even A.I. sires with relatively small daughters by today's standards transmit larger body size than Holsteins from previous generations.

Inflation-adjusted, health-related expenses grew over time for cows in both lines. This result was somewhat troubling and suggests we have experienced a rise in disease incidence over time in the Holstein cow population.

There was a significant jump in health care costs for the large line when compared to the small line cows, and the difference between the lines grew over time. There was a relatively small difference when comparing cows from 1986 to 1990 ($5.69 per lactation). That difference grew to $23.85 per lactation for the 1996 to 2000 time block which was the last time period examined.

There was also a higher rate of culling for the large line cows. In the later years of the experiment, the herd had a higher proportion of small line cows because of their higher survival rates. Total health costs, displaced abomasum incidence, locomotion issues, pneumonia and udder problems other than mastitis were categories where costs were higher for large line cows.

While health and survival differences were clear between the two lines, the reasons for such differences require some speculation. Researchers suggested that a larger internal void is created for big cows after calving because they have larger calves. That void could make cows more susceptible to a displaced abomasum. The researchers also speculated that the higher incidence of pneumonia was a reflection of general cow health; cows that have one disease (such as a displaced abomasum) are predisposed to develop other diseases like pneumonia.

The researchers did not find the higher costs for locomotion surprising. Larger cows have more weight to carry and, thus, there can be more stress placed on the feet. Researchers also speculated that taller cows have a higher center of gravity and may be more prone to slipping. It should be noted that the cows from both lines were housed in a tie stall. There is evidence from other studies that lameness rates are higher in free stalls, so differences in locomotion costs between large and small cows could be even greater in some facilities.

Know your herd
Do these results mean that every herd should immediately start selecting to reduce the size of their cows? Not necessarily. Some like big cows and it is certainly their prerogative to select for larger cows if they wish. My concern is that people are clear about the costs and benefits associated with their selection decisions.

A study from Great Britain (J. Dairy Sci., volume 89, pages 4259-4266) demonstrated the importance of matching the size of your cows to your facilities and management system. They compared lameness rates in cows as a function of the width of cows and the amount of lunge space in a free stall. There was a four-fold jump in average lameness score for the widest cows when there was limited lunge space (less than 14 inches). However, there was no difference in lameness rates among cows of different sizes when there was more lunge space (greater than 21 inches).

One of the challenges that we have because of genetic selection for any trait is that our management systems must evolve. Selection for higher production has altered cow nutrient needs and, thus, how we formulate rations. Selection for larger body size is no different and has altered optimal facility designs which obviously comes at a cost.

While there are some breeders who love large cows and will continue to breed for them, I hope we can all appreciate why that may not be the most ideal direction for our cow population in general. Our cows are large enough to support milk yield levels that far exceed the current national average. There was no difference between the large and small cow selection lines for milk yield. The higher health and feed costs of large cows is a competitive disadvantage for commercial breeders.

There is evidence that breed associations are beginning to get the message about size. Both the Guernsey and Holstein type classification programs have begun to try and shift emphasis away from, in particular, extremely tall cows. Stature is now evaluated as a two-way trait in Holsteins with an intermediate optimum of 56 inches and 53 to 59 inches considered an acceptable range for first-lactation individuals. Only time will tell how successful those changes will be, but research projects like the University of Minnesota selection lines certainly justify the effort.

This article appears on page 727 of the October 25, 2012 issue of Hoard's Dairyman.
Related

We need milk now more than ever.
Features
Related to:
features, genetics
In Features

All bunched up
By Chad Dechow