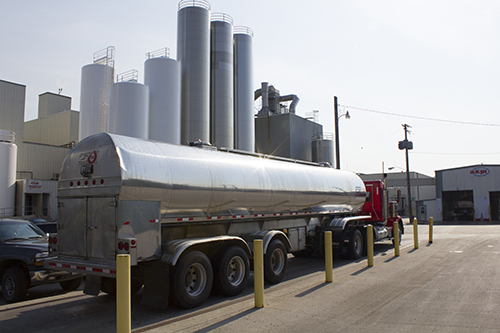 Milk is holding steady while co-ops are bucking the trend in contraction of dairy farm numbers. Those are just some of the key takeaways in our latest top 50 co-op list featured in the October 10, 2013, issue on page 639.

While 78 and 79 percent market share doesn't quite lend itself to holding a steady trend line, there is a reason we still report the co-ops' market share is holding steady. For the first time since we initiated our annual top cooperative survey in 1990, a potential top 50 co-op declined to provide milk volume and member farm data. Our staff estimated that had the recently created Wisconsin-based Dairy Business Milk Marketing Cooperative shared their data, its milk volume would have raised the top 50 cooperative share to 79 percent, matching the previous year's percentage.

Meanwhile, even with that before-mentioned co-op missing from the top 50 list, the number of farms totaled 38,278 which was 77.6 percent of the nation's dairy farms with permits to sell milk. Compared to the 2012 list, it only represented a reduction of 184 farms.

When looking at the list in your October 10 issue, the top five cooperatives accounted for 44 percent of the U.S. milk output and 57 percent among the top 50 co-ops. The top five rank as follows:

To read the entire list, turn to page 639 of your recently mailed October 10 issue or click here (www.hoards.com/bookstore/subscribe) to subscribe. For new subscribers, we can still send a copy of the October 10 issue.