Educate yourself on feed versus food

A growing world calls for more conversation about feed versus food and its impact on animal agriculture and you. 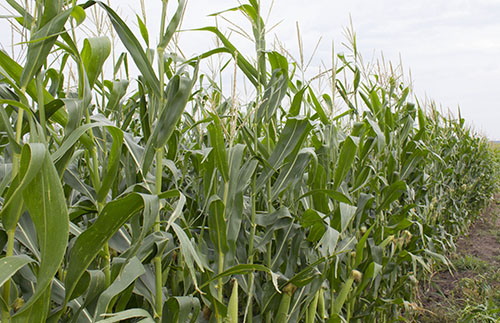 While driving with a friend recently, a sweet corn versus field corn conversation came up. My urban friend's reaction was that she never knew there was a difference; she just assumed humans and animals all ate the same corn. I was only slightly shocked that this was new information to her and went on to briefly educate her on some basic differences.

In general, the animal feed and human food debate is still pretty daunting. With the majority of Americans over three generations removed from agriculture and no longer producing their own food, ongoing, educational conversation needs to take place. Especially as other countries raise their per capita earnings around the globe, this animal versus human food debate will spread.

In the September 2013 CAST issue paper, Animal Feed vs. Human Food: Challenges and Opportunities in Sustaining Animal Agriculture Toward 2050, a few key points are made highlighting the need for this ongoing conversation.

Nine billion people by 2050
We've all heard this number touted by the United Nations. It's only logical we need to feed all 9 billion souls. The debates focus around using more efficient and technologically advanced methods of food production. More food from less land is the ongoing dilemma.

Demand for food, fuel and fiber will grow 60 percent
This 60 percent growth challenge cited by CAST fits the growing population trend. More people on the planet, means more bodies to clothe and more fuel to produce. We must produce more fuel to transport the additional goods, services and lifestyle choices to sustain a more affluent global population.

More demand for milk, meat and eggs
With the growth in population comes more affluence. More affluence equals higher incomes. Higher incomes grow consumer demand for animal-source foods such as milk, meat and eggs. As these same countries become more affluent their current cereal grain-based diet will gradually transform to a more concentrated protein diet, similar to that of other first world counterparts.

It's apparent with this type of growth on the horizon that some less informed people may start to believe there could be competition between feed and food. My personal experience with my friend discussing basic corn differences is a perfect open door opportunity to continue daily education and conversation. So let's all start today with our daily interactions.

The author, Ali Enerson, was the special publications editor, responsible for books, plans, distribution of the e-newsletter and various internal communication pieces. She grew up on a 60-cow dairy in northwest Wisconsin, and is a graduate of University of Wisconsin–Madison with a degree in life sciences communications.