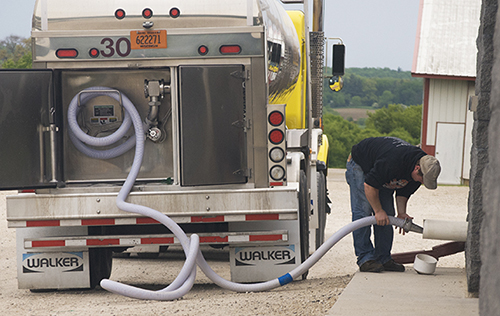 Per-cow output set a new record of 21,822 pounds; a small 102-pound gain that was less than a third of the average increase for the previous 22 years. Meanwhile, average herd size rose by 9 cows to 196 head, the second largest one-year gain in history.

To look at the 2013 total a different way, it means the average U.S. dairy made 11,740 pounds of milk per day. However, totals varied wildly from state to state: Another interesting way to look at production per farm is how long it takes to ship a full 50,000-pound load: Of course, full-load times are even less at individual dairies with very big herds. The most extreme example that comes to mind is an Idaho farm with 13,000 cows that makes a full load approximately every 79 minutes.