Disappointing milk price situation likely to get worse before it gets better. 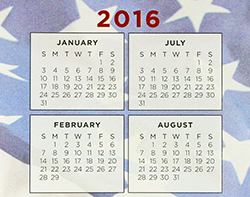 Since they became a key part of the worldwide dairy export pipeline, American milk producers have seen these "dots" before and know how they connect: So it's no surprise that the U.S. milk price outlook for 2016 is worse than in 2015 - disappointing news that is already seen in Class III futures and is supported by analysts at the U.S. Dairy Export Council (USDEC).

As bad as prices have been for all of 2015 ($15.98 per hundredweight average through October) and as bad as they've been lately (declines every month since June), producers should brace themselves for much worse prices in 2016, especially early in the year.

Futures prices show a nice recovery later in the year, averaging $16.43 from June to October, but don't bet the farm on that coming true. Global economies are too shaky and basic fundamentals in export markets are too negative to turn around soon.

Negative number one is milk production, which USDEC analysts said is growing 2 percent per year in their Global Outlook Webinar on Tuesday. Much of that is coming from the now quota-less European Union.

Negative number two is weak global demand for dairy products, which the analysts illustrated with an ugly math summary:

That has created a massive stockpile of dairy products that is jamming warehouses and has decimated prices for skim milk powder (SMP). Prices for SMP rose to $1,918 per metric ton (2,204.6 pounds) at the benchmark GlobalDairyTrade auction on Tuesday - except they were around $5,000 in early 2014.

"Economic growth projections suggest we will not get a huge demand lift in the near future, so the bottom line is that 2016 appears poised to be a year of gradual rebalancing and destocking, setting the stage for tighter market conditions in 2017 and carrying over into 2018," he added.

That's a long time to for U.S. milk producers to wait for anything better than break-even prices that may or may not actually happen in that time frame. But what choice do they have?

Dairy can be part of a New Year’s resolution
HD Notebook
Related to:
HDN, exports
In HD Notebook