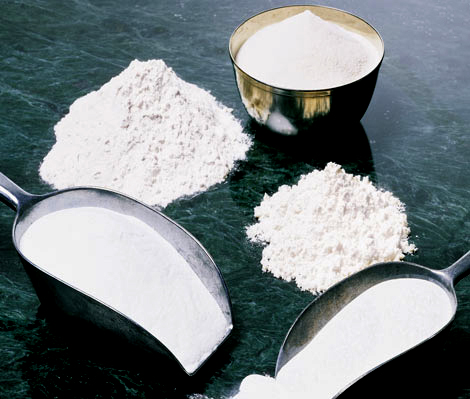 Recession still handcuffs the U.S. economy as a whole (what is the National Bureau of Economic Research thinking?), but a semi-boom has been underway all year in global demand for dairy products. Thanks to several factors, the American dairy industry has been filling more than its share of those orders.

According to the U.S. Dairy Export Council, foreign sales of domestic dairy products for the first half of 2010 were dramatically higher than a year ago. Of six major products tracked by USDEC, the smallest increase is 17 percent (lactose); the largest is 161 percent (whole milk powders, pictured here).

Overall, total U.S. dairy exports for the first six months were up 66 percent, to just over $2 billion.

Even more impressive than the size of the increases is the magnitude of U.S. gains in relation to other major dairy exporters and the total change in each product category. For example, total global cheese exports were up 14 percent in the first half of 2010; New Zealand was down 7 percent, but the U.S. was up 61 percent. Total global butterfat exports were down 10 percent; New Zealand and Australia were down 15 percent and 38 percent, respectively, but the U.S. was up 150 percent.

Continuing decline in the value of the U.S. dollar, which increases buying power for foreign customers, is just one reason for the increases. USDEC leaders point out that strong customer relationships, consistently high product quality, and reliable delivery make the U.S. an increasingly preferred supplier for many buyers.

A showring recap from a 4-year-old
HD Notebook
Related to:
HDN, exports
In HD Notebook