“We did this for Grandpa”

A dairy farm family showcases their love for agriculture through a tractor show. 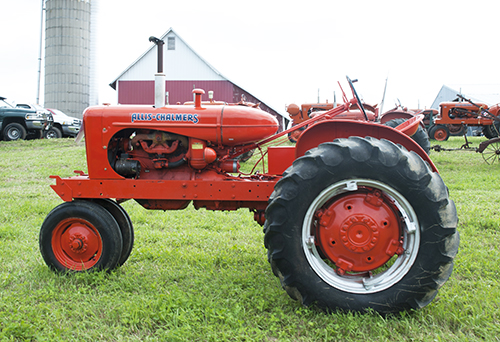 Brand loyalty runs deep in agriculture, particularly where machinery is concerned. When people are asked what their favorite color of farm machinery is, they usually respond with either green or red.

Not the Durst family.

When Jerry Durst, the family patriarch, bought his farm in 1940, his first tractor was a Case. However, after purchasing an Allis-Chalmers C, he went orange and never looked back. The Durst family farm, a 70-cow dairy located in the steep hills and valleys of Richland County, Wis., has since grown to include over 200 owned Allis-Chalmers tractors.

The Durst Family Tractor Show was held for the second time in mid-July, and for the first time in nine years. Allis-Chalmers enthusiasts from far and wide descended on the farm to check out the family's vast expanse of orange machinery. The family had experienced many hardships and not-so-happy family gatherings, so they decided that this was the year to get the family and all its tractors together for something good . . . especially since Jerry is now 96 years old. 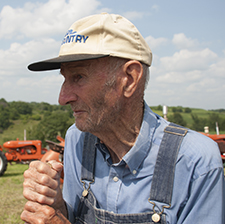 "We've had a lot of hard times and a lot of losses," said Jerry's granddaughter, Juli Thompson. "We did this for Grandpa."

When I asked why he stayed orange in a world where equipment manufacturers are consolidating all the time, Jerry simply said, "Allis-Chalmers treated us well. That's all there is to it."

Aside from having a strong history with Allis-Chalmers tractors, the Durst family is also fiercely loyal to Hoard's Dairyman. "Of all the dairy papers and magazines out there, Hoard's is by far the best," Jerry said. His ancestors, who immigrated to the United States from Germany in the late 1800s, subscribed "as soon as they got off the boat," Jerry said, being a lifelong subscriber himself. Since he is now blind from macular degeneration, his daughter-in-law reads the magazine to him.

Jerry Durst is a man of indomitable spirit; if he wasn't blind, he would still be milking cows, he told me. That unbreakable determination is marked by the love he has for his farm, his family and his tractors. Like all farmers, he is as independent and wise as the day is long, and continues to look to the future. It doesn't matter what color tractors we like, we all have something to learn from people like Jerry.

The Durst Family Tractor Show was held July 10 to 12 in Keyesville, Wis., which is approximately 56 miles northwest of Madison.