Let’s stop being mean to each other

Divisive attitudes toward others in the dairy industry will get us nowhere, especially as more farmers are choosing to leave the business. 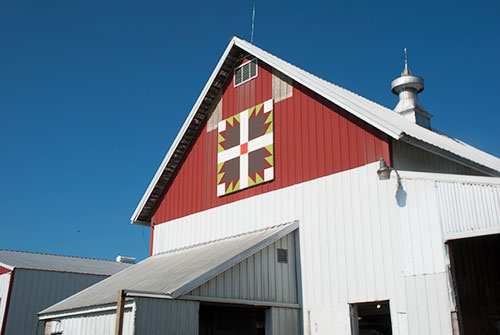 As a member of several dairy industry groups on social media, I enjoy being part of a community where I know we're all in this together. These groups were created with that very togetherness in mind, and most of the posts asking for guidance or ideas are met with sound advice from those in the business who genuinely care about other dairy farmers.

However, more often than I'd like to, I've seen these discussions go off the tracks in a hurry. One Facebook post about dairy cattle exhibitors using emollients on udders was taken down because the comments against it were so harsh. In another post, a wife lamented about not being able to spend more time with her husband during harvest because she was in the house caring for their children. A couple of other women essentially told her to "get off her lazy behind" and get in the fields with her spouse. I don't have children, but I know it's not very easy to leave several small children unattended at the drop of a hat. I frequently see people arguing back and forth about breeding for production versus type, organic versus conventional or genomics versus phenotypes, but oiled udders and mommy police? Some of these comments are incredibly unwarranted and extreme.

In an industry where more and more barns sit empty, we can't afford to treat our fellow dairymen and dairywomen this way. Just because we don't agree with the way someone else does things doesn't make them stupid, and just because someone doesn't agree with the way we do things doesn't make them wrong. We all have something to learn from each other, and that needs to be kept in mind. Farming is a hard life to lead, and it's even harder when you're alone because you've burned all your bridges.

Take a cue from Bambi's friend Thumper: "If you can't say nothing nice, don't say nothing at all." There aren't many of us left in the dairy business, and with the way we treat each other sometimes it's going to drive more and more people away from coming into the fold. We're pretty independent people, but independence doesn't have to equal narrow-mindedness.

If we truly want our industry to move forward and grow, the name-calling and judging has to end swiftly. After all, children – the future of the industry – are watching. Let's start building each other up and stop being mean to our fellow dairymen.