De Ja Vu for Supreme Champion of the Junior Show 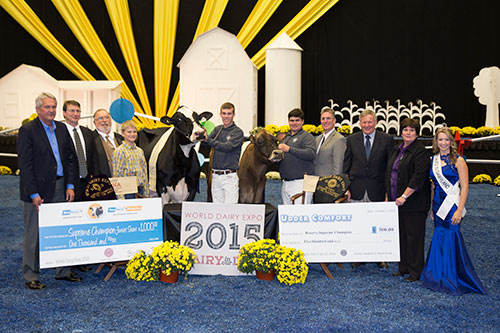 For the second year in a row, the Holstein, followed by the Jersey were named Supreme Champion of the junior shows at World Dairy Expo. And, it was also a repeat for their owners, Trevor Tuman and Chandler Bening of Minnesota with their Holstein and Ben Sauder with his Jersey. Blondin Goldwyn Subliminal-ETS is the Holstein and Willdina Jade Bee is the Jersey.