By Hoard's Dairyman staff   @hoardsdairyman
Holstein breeders need to set higher goals when it comes to reproduction, said Neil Michael, D.V.M., with Vita Plus when speaking to those attending the fifth annual Dairy Cattle Reproduction Council meeting in St. Paul, Minn., on November 11 and 12. Ron Butler, Cornell's Animal Science Department chair agreed, saying, "It certainly looks like reproductive rates have leveled off compared to the downward trends we had seen in recent decades." 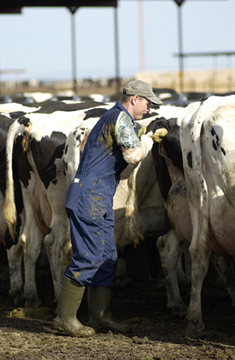 So what should new goals be when breeding herds? While at ABS Global, Dr. Michael was a part of a research team that looked at 231,000 Holsteins across the U.S. They found that Holstein herds in the Top 20 Percentile achieved the following: