Researchers did not want to publish all of their findings. 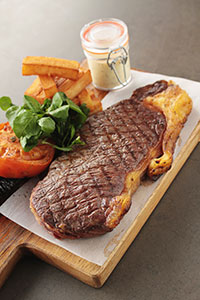 Looking back, the intense fat-related studies of the 1960s and 1970s did not prove that removing saturated fats and replacing them with vegetable oils made people healthier.

That was the hope of the research leaders Ancel Keys and Ivan Frantz. While some of their own research proved them wrong, they chose not to publish it. Their collective omission led people to vilify animal fats in diets - shaping the habits of consumers for over 40 years.

Keys and Frantz were the lead investigators on the study of over 9,400 residents of six mental health institutions and a nursing home in Minnesota in the late 1960s and early 1970s. From a research standpoint, having such a high number of participants in a controlled setting, where they could be closely monitored and tested, was beneficial.

Their research, the Minnesota Coronary Experiment, confirmed the special diet did reduce patients' blood cholesterol, a good thing, and was heavily promoted. But the low-fat diet did not reduce heart disease. The team suspected that if more time was spent studying these patients, they would eventually see a benefit. However, it never happened as there were more heart-related deaths from the group eating the special diet. And, all this time, no one challenged their work.

If this research had seen the light of day, it may have altered nutrition studies during the past four decades. Heart disease continues to be the leading cause of death in the United States. The partial findings were shared, and they were incorporated into the federal government's Dietary Guidelines for Americans, which still supports Keys and Frantz's beliefs.

Steven Broste knew both researchers as a graduate student at the University of Minnesota. He completed his thesis with their full body of research in 1981, but it was never published in a trade journal.

As a biostatistician, Broste surmised that the technology at the time was limiting a more thorough analysis of their data. He suspects the researchers were disappointed with the finding that reducing blood cholesterol did not make people healthier. Was their theory incorrect or was their research flawed?

Finally! Released just last week in the BMJ medical journal, the 40-year-old results of the never-before-published research of Keys and Frantz were shared. This was made possible by the National Health Institute and the University of North Carolina and a team of medical investigators, epidemiologists, chemists, researchers, professors, and retired statistician Steven Broste. In their paper, "Re-evaluation of the traditional diet-heart hypothesis: analysis of recovered data from Minnesota Coronary Experiment (1968-73)," the researchers showed there was a 22 percent increase in the risk of death associated with each 30 mg/dL reduction in total cholesterol.

That high of a number – causing death – should have raised eyebrows during the initial trials, but it just kept getting glossed over.

Will these new findings be as widely accepted by consumers as the original results? We hope so.

Those of us in food production believe in the healthiness and nutrition of the food we produce. Glad others are finally hearing the truth, too.

To learn more about the truth behind healthy fat, check our The Big Fat Surprise in our Hoard's Dairyman bookstore.

They’re finding the best in this
HD Notebook
Related to:
HDN, consumers, beef
In HD Notebook

Bring consumers to your farm in a virtual way
By Patti Hurtgen, Online Media Manager