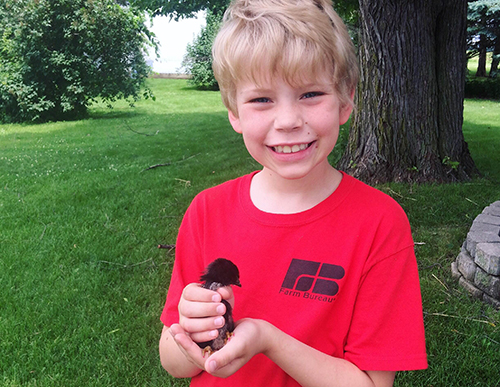 As caretakers of animals . . . whether farm animals or companion animals . . . we often face tough decisions. When an animal is ill or injured, it's our great responsibility to decide if we can to save it or if we should end its life humanely.

When kids are involved in caring for and rescuing animals, they learn important lessons about life and death. They learn to accept responsibility and respect life.

A couple winters ago, one of our farm kittens got wet and was found perilously close to death. I submerged her in a small pail of warm water to bring her body temperature back up. When she started mewing and moving again, I turned her care over to my kids. I gave them a blow dryer and told them that the kitten needed be fluffy and dry again if we were going to save her. Long story short . . . that farm kitten is now our house cat. 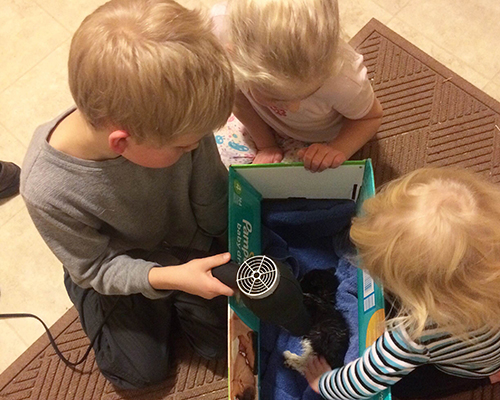 Modern veterinary medicine and a little tender loving care, or what many of us call TLC, make it possible to save many animals' lives. However, there are no guarantees when we decide to try saving an animal that we will be successful, especially when animals are very young.

Last week, Dan found a baby chick nearly dead. This was a free-range chick hatched out by one of our hens. The chickens always drink milk from the pail we set out for the cats. Our son Dan found the baby chick lying next to the milk pail, saturated in milk. And even though it was a warm day, the chick was seriously chilled without its downy insulation.

Dan said we should try to save it, so I held the chick in the same small pail of warm water. Before long, the chick was kicking its legs and chirping. So I gave Dan the blow dryer. This time he didn't need any directions; he knew what to do.

I later found Dan and the chick snuggling in the recliner in our living room. He had the chick wrapped in a towel to keep it warm. I knew what was coming next: a request to keep the chick for a pet.

A house cat is one thing. A house chicken is another.

I told Dan he did a great job saving the chick, but that the chick was better off going back outside to live with the mother hen. He accepted my reasoning, so we brought the chick back to the hen. But not before painting its tiny claws so we could identify it later. 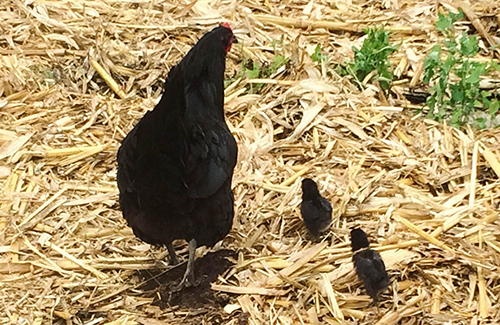 It's been a couple days now and the chick is still bustling around with the hen. I think it's safe to say the chick rescue was a success.

It's hard for young kids on dairy farms to play a role in rescuing dairy cows and calves, but these experiences with smaller animals have been just as valuable. Caring for animals builds a strong foundation of responsibility and respect for life.