Land rich but feeling dirt poor? You have more than you think. 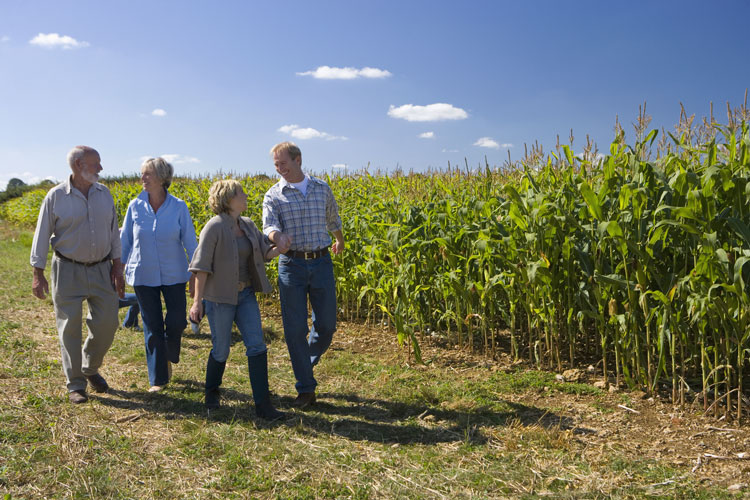 “Who gets the farm?” asked the daughter.

“We are too young to die. You kids will be taken care of and Jimmy gets the farm,” retorted the dad as he quickly changed the subject to something else.

First of all, the conversation started out right – with a question, but it needed to continue with more dialog. However, many patriarchs of the family feel they have time to figure the future out, but they may not. Farm accidents, cancer, and unknowns can snatch life even from the most vibrant.

What does “taken care of" mean? Is the farm just tillable land or the buildings, too? Are equipment and the cows included? You just don't know unless it’s in writing.

I recently had the opportunity to listen to an attorney who specializes in estate planning. And, it was free!

He was a great storyteller and not a person at the meeting even flinched as we hung onto every word for nearly one hour.

There were horror stories of dividing assets between siblings, but the one with the farm then had to sell the property to give the other siblings their share since land was the main asset. The dream of passing the farm to the next generation was over.

One statement that stuck with me concerned dividing assets to offspring. “Equitably split is not the same as equally split,” he noted. This was in reference to the family’s three siblings. One son was operating the farm and the two daughters were married with families but with no farm connection. Dividing the farm in three is equally dividing it – but it’s not equitable if the son is the one with all the investment (financial and mental) and is currently on the operation. That needs to be taken into account.

More examples included a tale of three daughters waiting for Mom to “kick the bucket” to get their share of the $3 million farm. But the daughters didn’t treat Mom nicely, so she left her fortune to her dog – and nothing to her children who had been so unloving to her. The woman was totally sane, and her wishes were upheld. After the dog died, the remaining amount was given to the church at her request.

As the attorney spoke, you could tell he had been around farmers a long time. He was quick to point out our habits . . . underestimating the value of our land (so no one thinks we are worth a lot), not talking to others about the succession plan, and the “we’ll talk about that later” mentality. You could hear chuckles as attendees could relate to someone they knew in each story.

While not raised on a farm or around agriculture, Richard Bollenbeck has over three decades of working with farmers in every Wisconsin county. He understands the trials of farming and the ultimate goal (for most of us) – passing the farm onto the next generation.

One more thing – he does not recommend farmers have a will! More on that next week.

Make the most of your assets
HD Notebook
Related to:
HDN, rural America
In HD Notebook