The guilt of food purchases. 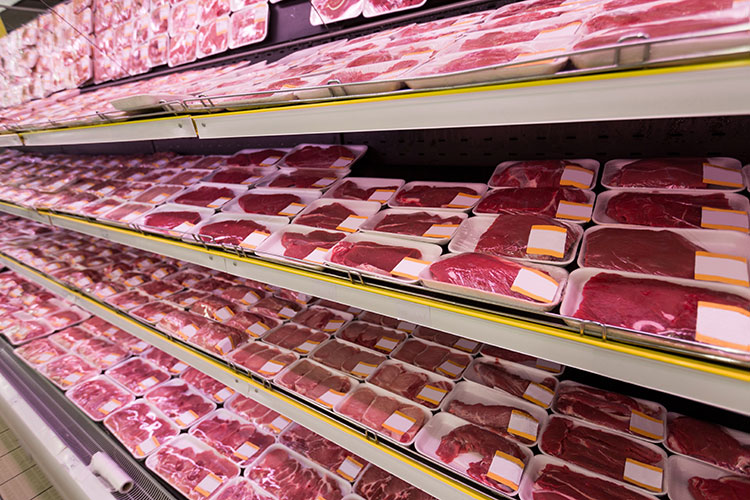 When I went to the dentist a few weeks ago she was telling me about getting ready for a small family party for her son’s First Holy Communion. Her mother, who lives near Minneapolis, told her to buy pasture-raised beef for the party. “I can taste the difference,” stated the grandmother. So, like an obedient child, the dentist went to the local butcher shop and proceeded to buy $40 worth of pastured beef. She also requested organic vegetables. But that suggestion was squashed.

“That price is outrageous!” she told me. I nodded and said that I cannot tell what a beef animal ate before it became my lunch. Being able to tell if a burger came from a beef animal that lived part of its life in a feedlot was not part of my educational training as an animal scientist. Trained meat scientists, upon inspection of the meat (prior to cooking), may be able to ascertain the feeding regiment the steer was on, but the average consumer would likely simply be guessing.

However, usually grass-fed beef is tougher and less flavorful than grain-fed, because grass-fed animals generally have less fat cover and might be older which may contribute to a tougher cut. Cattle raised solely on pasture generally will be older because they are less efficient and cannot reach market weight as fast as grain-fed cattle. That is a factor in the higher cost of pasture-fed beef.

When consumers are polled and have a choice between grass-fed and grain-fed beef, they generally pick the grain-fed beef because it "tastes" better. But when they read food labels in a store, research shows they purchase the grass-fed option. So, their taste buds prefer one, while their head selects the other.

I found the conversation, as told to me, very ironic. The fact the younger professional with two young children was the one who was balking at the “trendier” options being imposed on her, while the older generation was less tolerant of conventionally grown food. A total flip-flop from what I traditionally think of as to who is supersensitive to labels, food production techniques, and price.

The dentist is in a three-person clinic and her fellow dentist raises beef cattle. I was glad she has a real-life connection to a cattle raiser. However, her mom does not. How is this grandmother ever going to be exposed to the truth about food production? 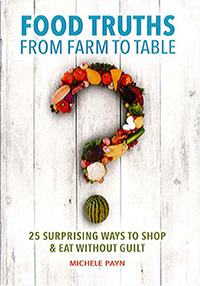 I recently read about a book that dismisses many fallacies about food production. It is called Food Truths from Farm to Table. It provides 25 surprising ways to shop and eat without guilt. Guilt is what that grandma was using to try to convince her daughter to buy specialty foods without any supporting evidence.

The book’s first chapter is about milk — what is in milk, and what is not. The entire book covers a gamut of foods from vegetables, breads, fruits, eggs, and meats. A few of the sections include these tidbits:

The author, Michele Payn,­­ was raised on a dairy farm and speaks to ag groups, consumers, and dietitians about food production and food choice.

Some of the key messages in her book could serve that grandmother well. Maybe you know someone like “grandma” who believes what she wants to without merit and projects those beliefs onto others. Maybe a visit to the causematters.com/foodtruthsbook website can feed her hunger for real information about food production.

How my Jerseys help me think outside the box
HD Notebook
Related to:
HDN, beef, consumers
In HD Notebook