From prize to pride 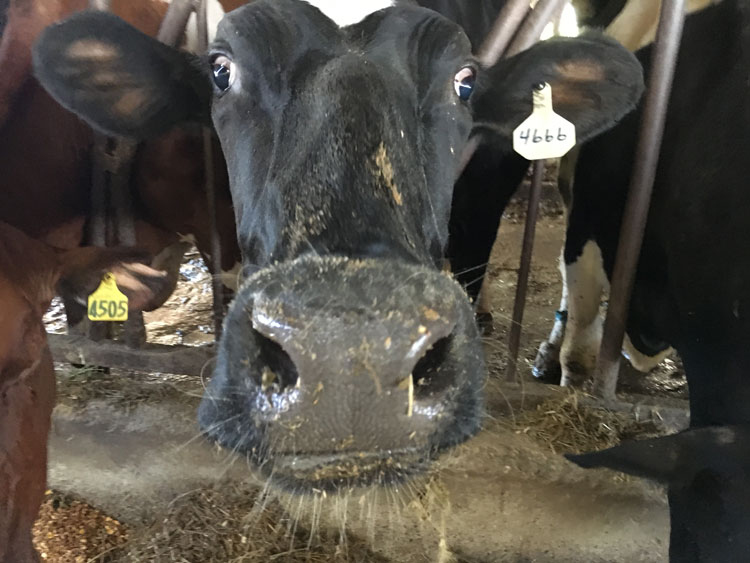 She gets called a lot of things, depends on who is doing the talking. The “she” is Markwell-KR Reality Ritz-ET. And her arrival in Oregon has an unusual path.

In 2007 there was a photo identification contest. A well-known Holstein herd in the state of Washington, Markwell, was holding a competition to showcase their genetics. They had about 20 to 30 cows pictured on a two-page spread with no names – just their markings to differentiate them from each other.

Readers were asked to identify each cow by their full registered name and submit their entry. The winner would receive a discount on embryo purchases from Markwell.

Since I spent five years managing the photo libraries at two A.I. companies and another seven years designing ads (using a few of the cows in the contest), I thought I had a good shot at getting them correct.

I knew many by sight, and for the others I combed through websites, old sale catalogs, and Googled possible names of offspring from “Raven” a foundation of the Markwell herd, hoping to find a picture that would match some of the ones in the contest. Cows were not necessarily currently owned by the Van Mersbergens of Markwell, and could be in foreign countries. I researched late into the night and gave a name to each photo and emailed the entry.

I was later notified that I had won the contest and did correctly identify all the cows. (They claim I was the only one who got them all correct.) 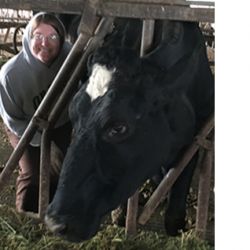 Now, I just had to decide what I wanted. I searched the Markwell website and found a cow I was interested in. She was a red carrier Rubens daughter of ol’ Raven herself (said in my best Mark VanMersbergen voice). Now, I had to choose a mating that I liked and that the owner would agree to.

As it happened, my dad was sale chairman for the annual Oregon Holstein “Main Event Sale” that summer. I remember calling Dad from the Denver airport and asking if he could check out a cow at Markwell. He said that he and his co-chairman were headed to Markwell that very morning.

Dad liked the cow – who wouldn’t? She was massive and was a third generation Excellent with over 30,000 pounds of milk. I asked Dad if he thought Hurtgen-Vue Reality-Red would be a good mating after seeing the cow. I thought it would work well, but I had not seen Ritzy in person, just her dam, Raven when I stopped at the farm when I wrote a story on the cow family seven years earlier.

Now, the owner of Ritzy had to approve of the mating. He already had used Reality-Red on some contract matings, so I knew he was familiar with the bull. Mark agreed to sell me embryos to be made from Ritzy sired by Reality-Red.

The embryos resulted in Ritz and her sister Rizz-Red. I took my vacation last summer to head to Oregon to show her at the state Holstein show. Ritz was named Reserve All-Oregon, placing behind the eventual Grand Champion of the show.

This winter Ritz classified Excellent-90 with an excellent udder. Her head was fuzzy. Her last bath was in July at the show. So, Ritz, did not have all the ritz or glitz on that day, and still earned her score. My brother had to call me with the day’s scoring results as I was at a work conference and could not be there.

Ritz is a now fourth generation Excellent from the Raven family and a really cool prize for knowing cow spots! She brings me a great sense of pride. She may not carry my prefix, but she was the result of my efforts.

Join us next week 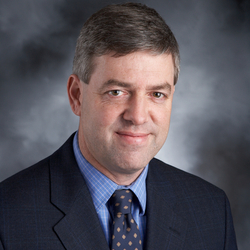 Bill Stone
The webinar “Management approaches to minimize nutrition-related health and production issues” will be held on Monday, September 11, at noon (Central time).

Cow health and productivity can suffer based on the performance of a dairy nutrition program being compromised. Managers can enhance production and improve cow well-being by implementing nutritional protocols. Join us as Diamond V’s Bill Stone presents the webinar. The September webinar is sponsored by Kuhn. Register at www.hoards.com/webinars.