Illinois’ Connor Erbsen is high individual in the contest. 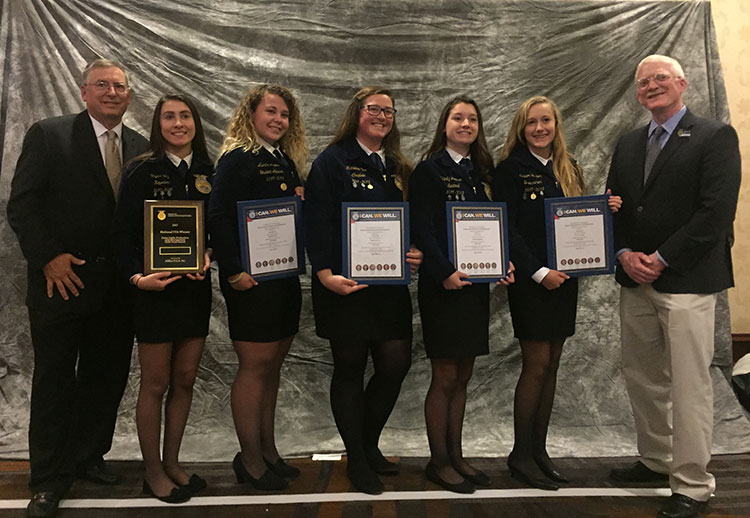 The top five teams had significant points separating them, tighter scores were seen in the next team grouping of five. Following Kentucky were teams from California, Missouri, Illinois, Iowa, Indiana, Wisconsin, Washington, Utah, and Texas. The top three teams at this contest are invited to participate in the Royal Highlands Show in Scotland next summer. 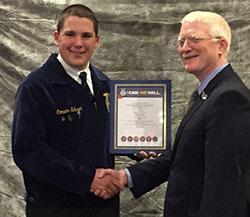 Connor Erbsen, High Individual
Individual scores are a combination of classes, reasons, the written test, and DHI evaluation. The high individual, Connor Erbsen, from Eastland FFA in Illinois, won by a single point. Erbsen was an All-American at the National 4-H Dairy Judging contest a few weeks ago, placing 13th individually. No doubt his many years of dairy bowl competitions gave him an advantage in the written exam portion.

Florida’s Michael Fioretto, Indiana’s Hannah McVay, and Wisconsin’s Emma Buss were next in line. Wrapping up the top 10 individuals were Luke Wolfisberg of Washington, Reagan Sellers of Pennsylvania, and Kaitlin Gassiot of Texas.

The contest includes a written test on dairy management, evaluation of DHI records, six classes of dairy cattle to judge, three sets of oral reasons, and a team activity that includes evaluating a farm and providing feedback in the form of an oral team presentation on a farm’s nutrition program. The topic of the team presentation changes each year and is similar to the popular National Dairy Challenge, but FFA members do not visit a dairy. They review images and documentation from the operation.

Teams that competed in this year’s National FFA contest are welcome to submit photos of their FFA Dairy Judging Team to Hoard’s Dairyman and we will share them on our Facebook page.

Outside looking in
HD Notebook
Related to:
HDN, FFA, youth
In HD Notebook