Getting started through grazing 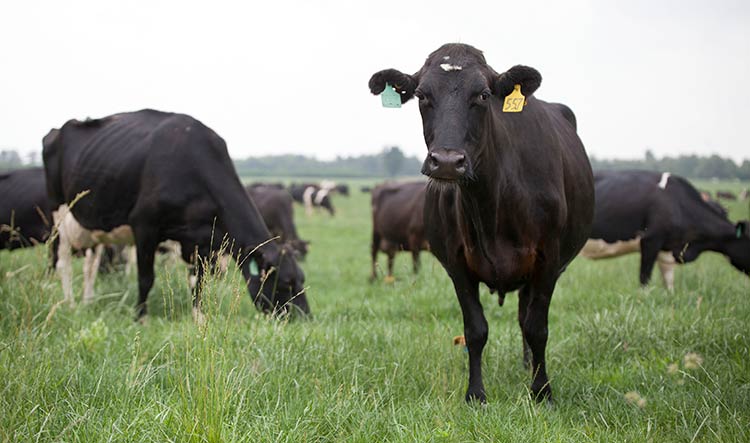 The path to dairy farm ownership is not an easy one. For some families, the transfer of the dairy from one generation to the next can be filled with highs and lows.

And then there are some hopeful dairymen or women who want to farm but don’t have a dairy to join. Not to say that it can’t be done, but starting from scratch can be a long, uphill battle, especially in today’s agriculture economy.

One opportunity that exists to connect current farmers to beginners is the Dairy Grazing Apprenticeship. The program combines work-based training with related instruction to teach the skills needed to successfully dairy using managed grazing. A dairy grazing apprentice is partnered with a Master Dairy Grazier who offers employment, training, and mentorship over a two-year period.

This apprenticeship program has helped many young farmers grow their roots in dairying. Three of these individuals shared their experiences in a panel discussion at the GrassWorks Grazing Conference held last week in Wisconsin Dells, Wis.

Ashley Votis worked on a farm in high school, but neither she nor her husband, Drew, grew up on a dairy farm. After college, Drew’s desire to work with animals led him to pursue a career in farming. Through the Dairy Grazing Apprenticeship program, Drew and Ashley were partnered with a farmer in central Wisconsin. After working at his farm, they had the chance to work for his brother as well. While doing the apprenticeship, they were able to build up their herd of heifers and calves; and in 2014 they started milking on their own in a rented facility.

With a few years of experience under their belts and with a herd that has grown to 55 milking cows, the Votises have plans to move back home to northeastern Wisconsin. They have been fixing up Ashley’s grandfather’s farm, and their plan is to start milking there this spring.

Reed Fitton did not have a dairy background either, but employment on a vegetable farm and then time spent working on a farm in Germany solidified his decision to pursue dairying. He started working at a farm in southwestern Wisconsin. After a few years, he and his boss signed up for the Dairy Grazing Apprenticeship so Reed could get more formalized training.

He also applied for a USDA EQIP (Environmental Quality Incentives Program) grant, which he said “was one of the best things I’ve ever done.” This allowed him to buy fencing and raise calves on a few acres he was renting. Reed is still dairying as part of a sharemilking agreement on another farm.

Thelma Baker grew up on a farm and loved her agriculture background, but she had no plans to farm. Her interests led her to leave her hometown and pursue further education, eventually earning a Ph.D. in entomology. Meanwhile, her husband, Ricky, grew up in the suburbs of Milwaukee.

After having children, the couple started to consider a life closer to Thelma’s family farm, where their kids could grow up connected to agriculture. They took a leap of faith and moved back home, where Thelma started a new job and Ricky began farming full time with Thelma’s parents. Her father encouraged Ricky to apply for the Dairy Grazing Apprenticeship.

When Thelma’s parents decided it was time to sell the cows, she and Ricky had a decision to make. Ricky told the audience he didn’t feel ready to farm on his own after just one year in the apprenticeship program. They were about to leave, but people with the Dairy Grazing Apprenticeship program convinced him he could do it.

“The biggest barrier to entry (of dairy farm ownership) was myself, and wondering how I was going to do this,” he said. “Really, it was the Dairy Grazing Apprenticeship that helped me overcome that barrier of entry, helped me learn, and provided a support network.”