My cows may not be Expo champions, but I’m happy with what I have. 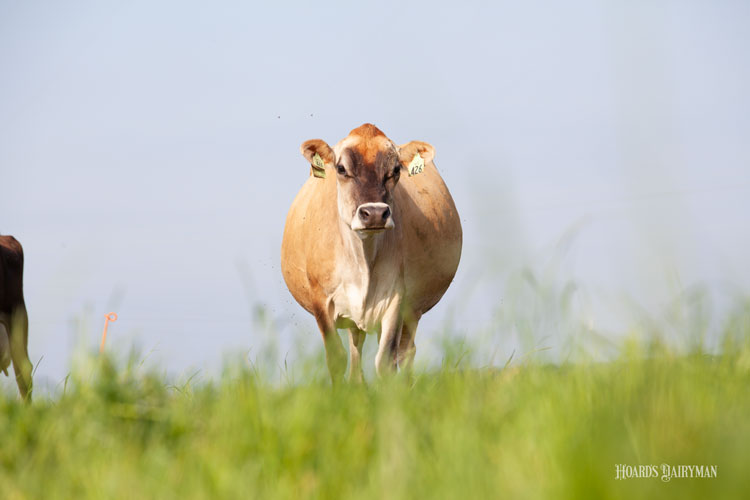 If I’m being completely honest, I’ve never fully understood the allure of a cow show. I showed for 11 years in 4-H, but I was in it more for the 4-H than the cow show. I’ve never understood why someone would want to spend so much extra time taking care of a few cows at a show when they still have hundreds to take care of at home. I realize there are some people who really do love doing this; I’m just not one of them.

So, every year, in the beginning of October, when other farmers start talking about how excited they are for World Dairy Expo, I get a little annoyed. Some of it’s jealousy that so many people I know will be in the same place at the same time while I’m stuck on the farm, but it’s also a little more. I think there’s a problem in dairy that we’ve been ignoring for too long. That is show versus production.

The distinction at the county fair level is usually pretty obvious. Even as a naïve 4-H’er when I looked to see who was in my class, I knew the family names that I would never be able compete against. They were show families, and we weren’t. It didn’t mean that our cows weren’t pretty or that their cows didn’t give milk, theirs were just prettier and ours were milkier.

The further you go up the competitive ladder, the more tense the situation gets. Honestly, all of it leads me to the same conclusion. We need to get over it.

I don’t want to show cows, and I don’t care if you do. I don’t think my cows are better than yours because I’m more production focused, but that also doesn’t mean I’ve never had cows that could compete at the level of those animals at Expo. And just because your cows might be “Expo ready,” I know that doesn’t mean you don’t have any that milk as well or better than mine. When did “cow shaming” each other become a thing? You know what? There may be a better cow out there than this year’s Supreme Champion. Maybe she’s dry. Maybe her owner has had a rough year and couldn’t make it to Expo. Maybe she lives on a farm that’s more production focused and maybe that’s okay.

Bottom line? At its heart, the purpose of Expo is simple. To celebrate dairy foods, dairy cows, and dairy farmers. I get that one cow needs to reign supreme, but that doesn’t mean they’re the best cows in the world. There are a lot of cows on a lot of different farms all over the world that would beg to differ.

Back to the basics
HD Notebook
Related to:
HDN, WDE
In HD Notebook