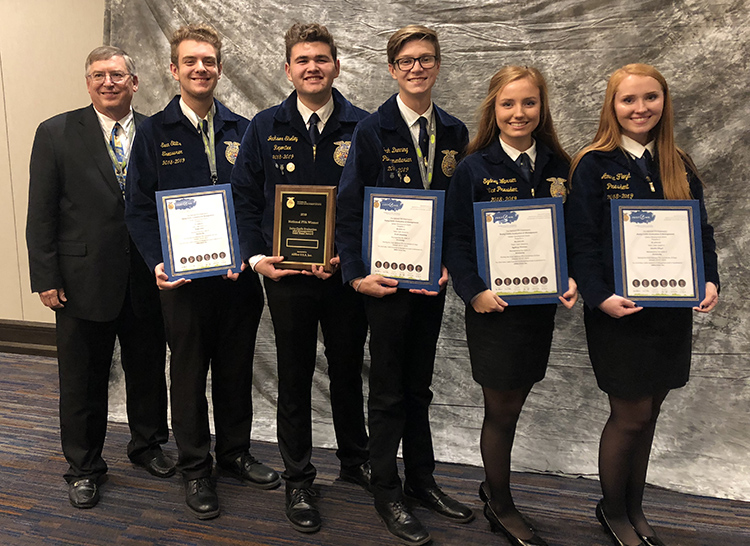 The team from Spencer County FFA in Kentucky captured the title for the sixth straight year with a healthy 17-point advantage over California’s Modesto FFA. California FFA’s high ranking was garnered by receiving the highest score on the team presentation. The team from Osceola FFA in Wisconsin took third. The top three teams at this contest are invited to participate in the Royal Highlands Show in Scotland next summer. Houston County FFA in Georgia placed fourth and won the All-American Dairy Judging Contest two weeks ago in Harrisburg, Pa., with the same team members. 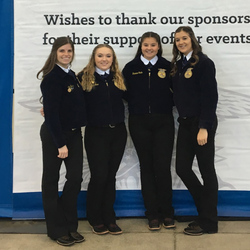 Kentucky’s team consisted of three of the top four individuals. With 530 points, Amelia Floyd had a decisive victory with a 15-point margin over Mikayla Peper of Wisconsin’s Osceola FFA. The Kentucky FFA pair of Sydney Warren and Evan Stilts tied with 512 and placed third and fourth, respectively. The edge went to Warren who had the advantage in oral reasons, where she topped the field of 141 participants with a 45.3 average on three sets of reasons. Fifth-place individual went to Wisconsin FFA’s Marie Haase, who also earned the highest score on Wednesday’s written exam. Sierra Olmin from California FFA placed sixth. All tied with 504 points were Claire Delohery of Connecticut FFA, Juli Dickinson from Washington FFA, Josh Seals from Oregon FFA, and Grace Howe from Iowa FFA. 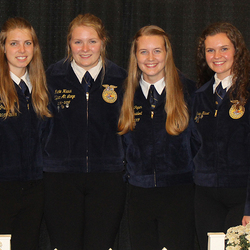 Individual scores are a combination of classes, reasons, the written test, and Dairy Herd Information (DHI) record evaluation. The team presentation score does not factor into the individual rankings; it is only added to a team score.

Kirsten Langmaack of Charlotte FFA in Michigan FFA won the dairy handlers event, which is held concurrently with the judging portion of the Dairy Cattle Evaluation and Management CDE.

The contest includes a written test on dairy management, evaluation of DHI records, six classes of dairy cattle to judge, three sets of oral reasons, and a team activity that includes evaluating a farm and providing feedback in the form of an oral team presentation on a farm’s nutrition program. The topic of the team presentation changes each year and is similar to the popular National Dairy Challenge, but FFA members do not visit a dairy. They review images and documentation from the operation.

View past winners here since 2001.

Outside looking in
HD Notebook
Related to:
HDN, FFA, judging
In HD Notebook