When we accept ourselves for who we are, there are opportunities to leave an impact on those around us. 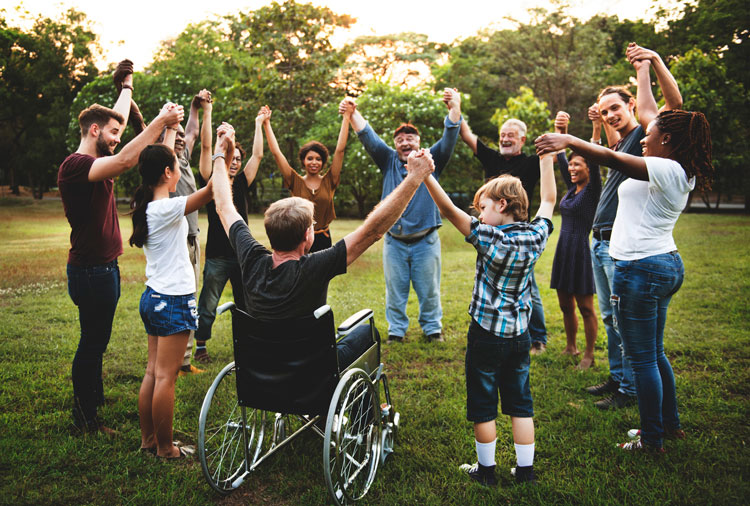 Have there been times in your life when you felt like you didn’t fit in?

My answer would certainly be yes, and I would venture a guess that most of you have felt this way at times, too.

For some, it may have been an awkward period during middle school, some tough times in high school, or the first few months on a new job. For others, that struggle may stretch over years or even a lifetime.

We are all unique individuals, and that is what makes the world a beautiful place. However, there are people living with handicaps or physical abnormalities; undesirable family situations or mental disabilities; or those who struggle to find acceptance because of their religion, personal preferences, or beliefs. For some people, their differences don’t make them feel unique . . . they simply make them feel like an outsider.

Sometimes, starting over somewhere new is just the ticket for finding a place to fit in. Still, there are people who can’t or don’t want to relocate — but that doesn’t mean all hope is lost. In some cases, even if you feel like you don’t fit in, you may be just what your community needs.

We received a note from a reader and fellow dairy enthusiast named Jeff who lived many years in a rural community. He felt very different from everyone else because of his sexual orientation, but over time he was able to use the positive attributes he possessed to benefit his local community. He said he could have moved to a bigger city sooner in life, a place where he may have felt more accepted . . . but instead, he gave his all to serve as a resource and mentor in a rural area. You can read about his personal experiences in the article “What difference did I make?”

Like Jeff, being different does not mean you are replaceable. In fact, the opposite is true.

Use your differences to bring a new perspective.

Use your differences to connect with people who need someone to talk to.

Use your differences to lead.

We are all better human beings when we are accepting of others. That includes accepting ourselves for who we are. It won’t always be easy, but even if just one person feels less alone because someone chose to use his or her differences to make a difference, that is what truly matters.

For 58 years, she read every word in Hoard’s Dairyman
HD Notebook
Related to:
HDN, rural America
In HD Notebook

Life is all about perspective
By Abby Bauer, Associate Editor