Standing is the cooling method we don’t want

For cows, standing is a natural heat abatement behavior, but it’s detrimental to health and production. 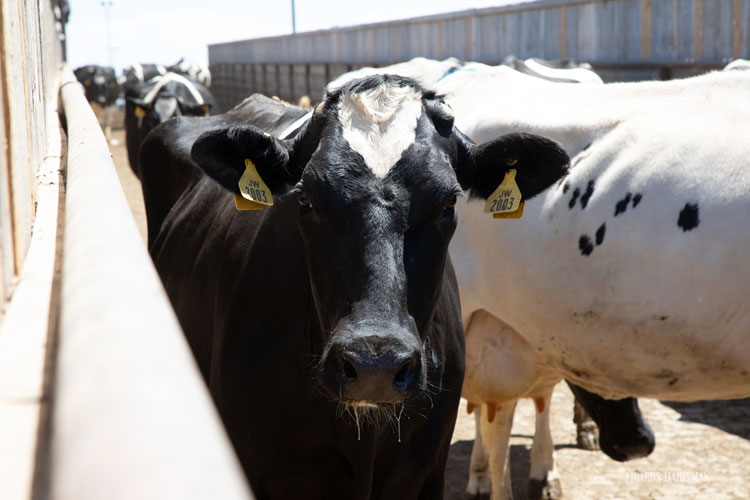 Standing? No. That’s not the correct answer, but if you watch a pen of cows that are experiencing heat stress, it sometimes appears to be their most natural instinct.

Cows stand when it’s hot in an effort to lower body temperature by exposing more of their hair coat to airflow. The elimination of contact with the insulative nature of pretty much any bedding type is an added bonus. In a Wisconsin study, raising THI (temperature humidity index) from 56 to 74 caused cows to reduce lying time by three hours per day and stand in the alley an additional two hours per day.

“During heat stress conditions, core body temperature appears to control whether the cow stands up or lies down,” he continued.

It’s easy to recognize the impact this can have on hoof health and production, but Grant reminded readers not to forget the havoc it can wreak on rumination. Nearly 90 percent of a cow’s rumination occurs while it is lying down, so three hours less of lying can significantly lower rumination.

“At Miner Institute, we observed about one hour per day less rumination time for cows exposed to minimal heat stress abatement versus the recommended fans and sprinklers over the feedbunk and stalls,” Grant explained. “We must do an effective job of cow cooling to get her into the stall and lying down to avoid production and health problems.”

As we approach late spring and summer, it seems warranted to revisit the detriments of heat stress. We all know them, and yet in the hustle and bustle of spring, cooling efforts often fall to the back burner. Let this be a stark reminder that if we don’t provide cooling for cows, they will do their best to find it themselves. And they aren’t naturally very good at doing so.

The butter board bandwagon
By Maggie Gilles, Kansas dairy farmer