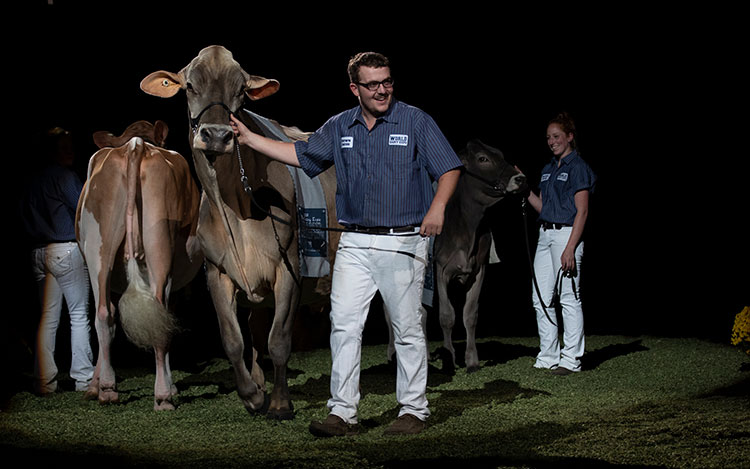 The seven breed champions paraded under the spotlight in the coliseum for crowd watching to see who would be named Supreme Champion of the 2019 World Dairy Expo. A Supreme Junior Champion was also awarded to honor the best heifer of the breed shows.

Cash, banners, an embroidered sash, a director’s chair, and a supreme blanket were awarded to the Supreme Champion.

The other breed Grand Champions in contention were: 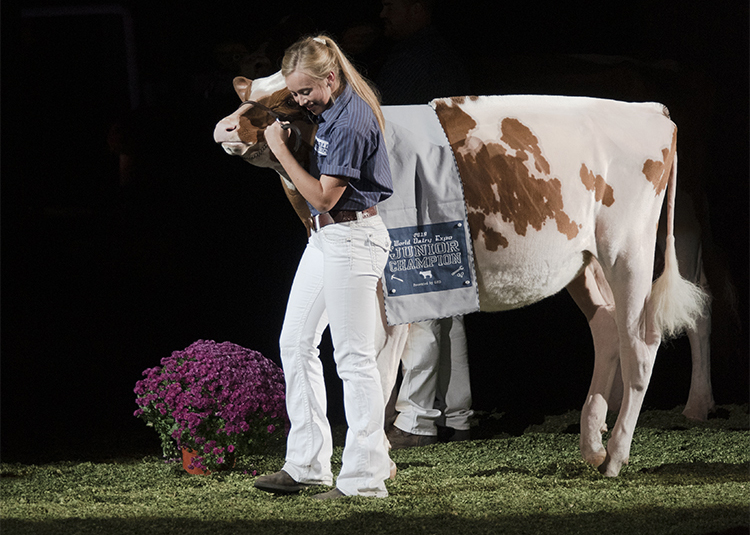 Molly Olstad led the Red and White, Thunder-Red, to the Supreme Champion honor