Milking buffalo in a herringbone parlor

An international trip to Europe showed me another side of dairy production. 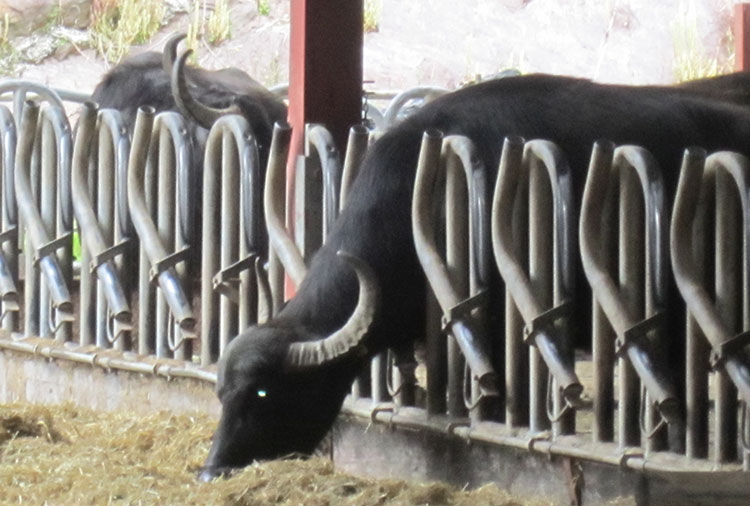 Last summer I had the opportunity to tour agricultural enterprises in Scotland and Ireland as part of the international dairy judging tour. I accompanied the FFA team I help coach as they earned the right to compete in contests in the United Kingdom. One of the tour stops in Ireland was the Macroom Buffalo Farm. 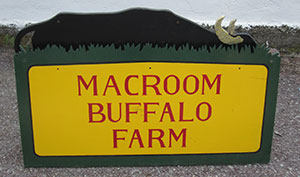 The farm is owned by Johnny and Geraldine Lynch, and the herd manager, Thomas, was our guide. The operation consists of 150 acres, of which 80 are farmable. Thomas also smiled when he said there was 20 acres of rock.

Macroom Buffalo Farm was the first water buffalo herd in Ireland. The herd was imported from Italy in 2009. There are now importation restrictions from Italy, so any future imports would need to come from Germany or Holland. 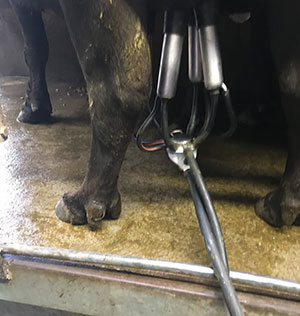 At the time of my visit, it was late June and they were milking 95 water buffalo twice a day. During winter, they scale back to 45 milking cows. The facility has housed water buffalo for the past decade. I was surprised to learn that the herd was milked in a herringbone parlor because of their horns. However, the units are attached between the rear legs (like a parallel parlor). I wondered how the animals mitigated the parlor with their horns. Apparently, it is not an issue. 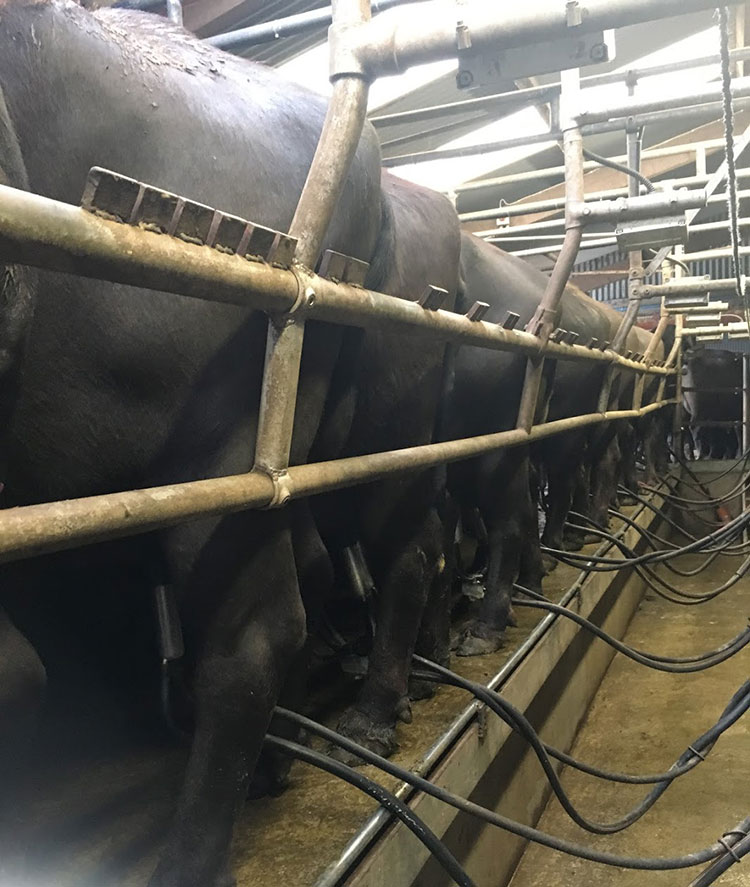 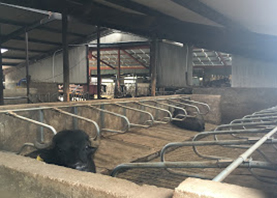 Cows are housed in a freestall barn and young calves, about 6 to 8 weeks of age, were grazing in a pasture with additional grain in a field about 200 yards from the main buildings. Thomas, who had experience with typical dairy cows, talked about the differences in the calf behavior of water buffalo. 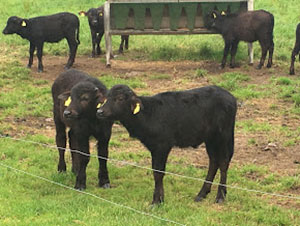 The gestation length is longer than a dairy cow. They carry their young for 10 months and 1 week. While they try to avoid July and August breedings, they calve year-round because they need a steady supply of milk for their cheese. The females typically calve at 26 to 28 months of age. Usually they use artificial insemination, but they used natural service last year. The farm has used some sexed semen. 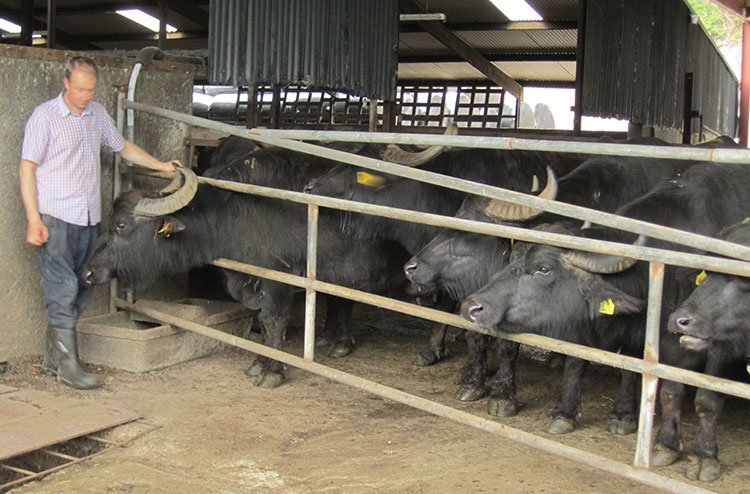 The life expectancy of a water buffalo is 25 years. As we were learning about the herd, Thomas reached his arm out to touch the cow next to him that was 10 years old. The animals seemed quite docile and much did not seem to excite them, not even 50 human visitors in plastic boots. 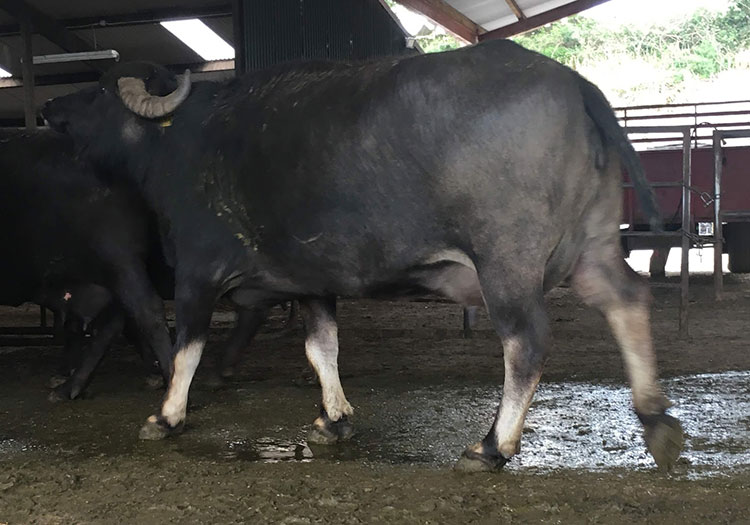 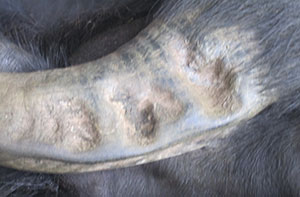 Their body structure was like a ruggedly built beef cow. They had massive heads and the indentations in their horns were fascinating. Their udders were smaller than a typical dairy cow. The main difference I noticed was that their rear udders did not have the volume you would see in a Jersey or Holstein. They reminded me of a heifer that may have only carried a calf for 8 months and with an udder that never fully developed.

After taking a tour of the dairy, we entered their visitor center, which was built in 2019. We tasted some of their award-winning buffalo cheese. The farm won the Gold at the World Cheese Awards for their Mozzarella – even besting the Italians. It was quite good, as I helped myself to a second ball on a bruschetta wafer.

Their milk contains about 8% fat and 4.5% protein. It is high in calcium and low in cholesterol. It takes them about seven hours from start to finish to make cheese. Additionally, they sell meat from the male offspring for consumers in the area.

Sometimes we think the way we know things are done is the only way. I have seen buffalo in Yellowstone National Park, and these were not those kind of buffalo. These water buffalo have found a niche in Scotland as they provide customers with cheese and meat. It was a unique experience and one I will always remember. Unfortunately, the tour for 2020 has been cancelled due to COVID-19, but hopefully it will be made available in the future for other young people and chaperones to learn about agriculture on the other side of the world.

Sustainability talking points in your back pocket
By Patti Hurtgen, Online Media Manager