Ohio 4-H, Cobleskill, and University of Minnesota were the winning teams at the contest held in Louisville, Ky. 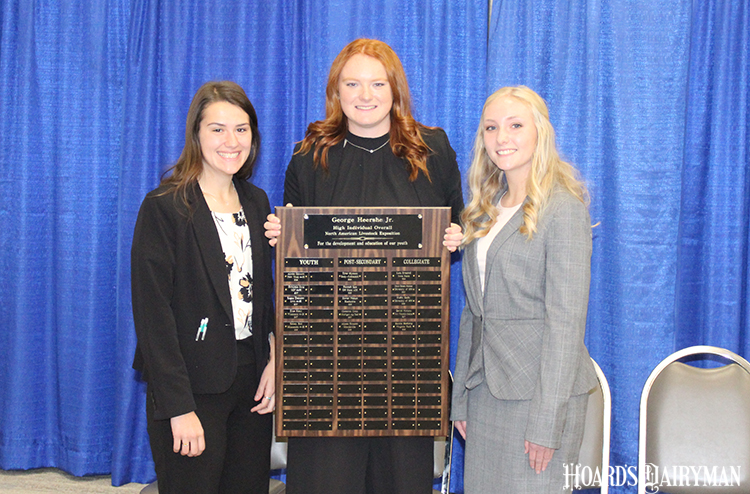 Justyne Frisle of Wisconsin 4-H, Jade Atherton, Morrisville, and Kjersten Veiseth, University of Minnesota
Justyne Frisle of Wisconsin 4-H rose to the top of the youth division as well as grabbing the oral reasons title. Morrisville’s Jade Atherton was the high individual and won reasons in the two-year college division. The University of Minnesota’s Kjersten Veiseth completed the trio of high individuals, topping the collegiate division. Their names will be engraved on the George Heersche Trophy, named for the long-time contest organizer who served as master of ceremonies for the breakfast awards banquet held at the North American International Livestock Expo (NAILE) in Louisville, Ky. 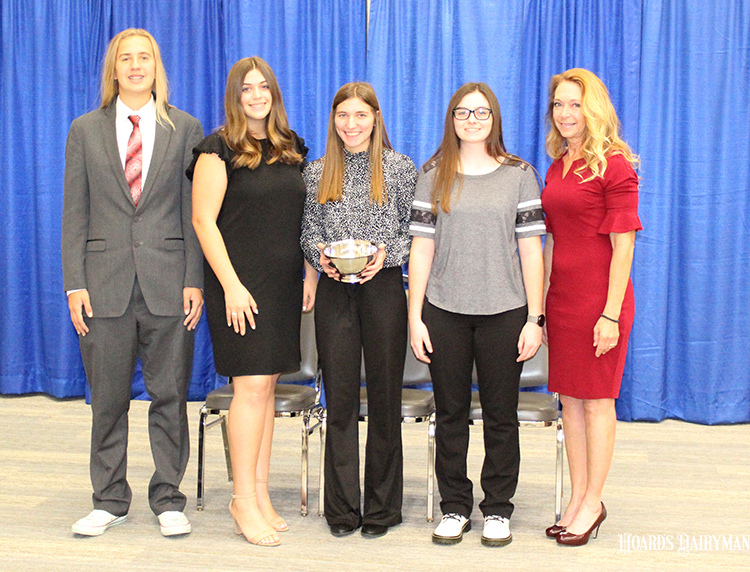 The youth division contains both 4-H and FFA teams. The winning team was from Ohio 4-H. They also topped the national contest in Harrisburg, Penn., in September. Team members were Elizabeth Howman, Paige Smith, Maggie Mathews, and Colby Turin. They are coached by Sherry Smith. Ohio edged Wisconsin 4-H by seven points, but the Badger State topped the reasons portion of the contest with three individuals in the top 10 for reasons. Indiana FFA, Iowa 4-H, and Missouri 4-H followed to round out the top five teams. Fifteen states fielded teams in the youth contest. 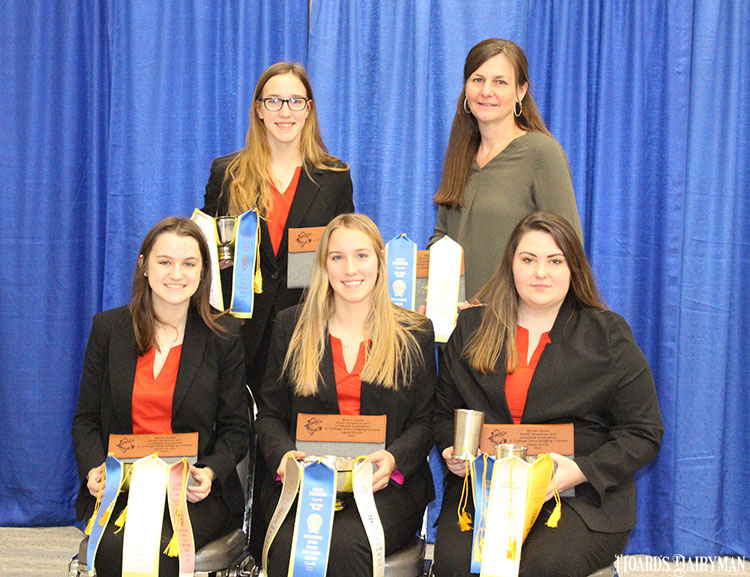 Veiseth’s top score was matched by Lauren Laymen from Ohio State, and the reasons tiebreaker gave the nod to the Golden Gopher. Briley Lenkaitis from the University of Illinois placed third, followed by Brooke Noel of Virginia Tech in fourth and Emily Syme of the University of Connecticut in fifth. The top talker of the contest was Ashley Hagenow from the University of Minnesota. She bested the competition by an impressive eight points on five sets of reasons. 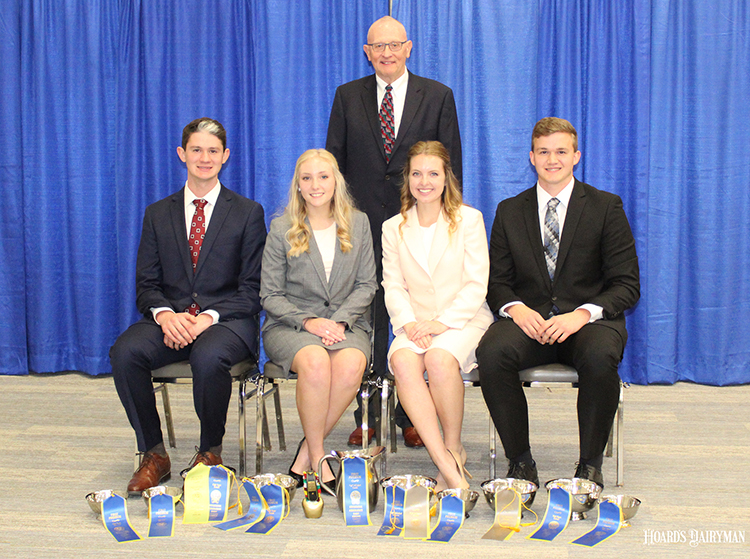 In the collegiate contest, 15 teams participated. The University of Minnesota rose to the top, with three members in the top 10 individuals overall and winning reasons as a team as well. Team members included Kjersten Veiseth, Matthias Annexstad (7th), Ashley Hagenow (10th), and Leif Annexstad. This was the sixth consecutive win at the Louisville contest for the team coached by Les Hansen, Alicia Thurk Hiebert, Eric Houdek, and Gabriella Sorg Houdek.