Milk prices were up, feed was down, and dairies were profitable once again 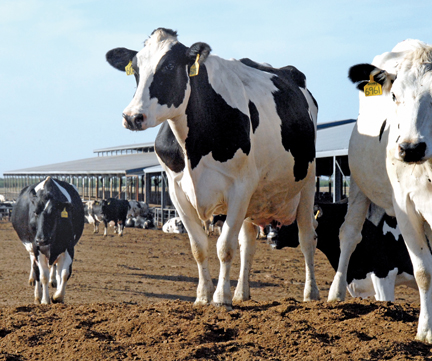 Battered and bruised, but also leaner and wiser, most large Western dairy farms made a profit in 2010. It was a much-needed turnaround from the financial disaster a year before.

According to income and cost summaries from Genske, Mulder & Co. LLP, the nation's largest dairy accounting firm, profits were generally good, but not spectacular.

Average profit per cow for all of the firm's clients was $279. It was a crucial turnaround from the $655 loss suffered the previous year and an important first step toward rebuilding lost equity. But a few more years like it are needed for milk producers to recoup all of their losses.

The five largest individual production costs in 2010 were the same as dairies have been accustomed to for years: feed, replacements, labor and benefits, interest and rent, and milk hauling.

Fuel and fuel-related expenses have been the fastest rising cost item for Western dairies during the last 10 years. Milk hauling is an obvious example. Another is fuel and oil. From a fairly modest average cost of 9.4¢/cwt. in 2000, fuel and oil rose to a very significant 24¢/cwt. In 2010 – a 155 percent increase.

By the way, while 2010 was a good year for average dairies, it was an excellent year for excellent dairies. Profitability for dairies that ranked in the top 25 percent of all the firm's clients had a net profit of $574 per cow.
Related