This experience is one she won’t try again. 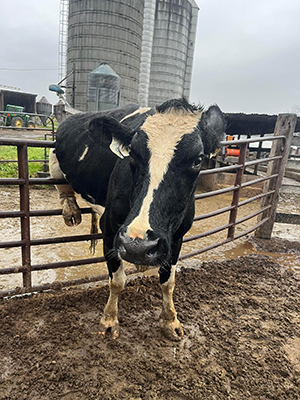 Over the years, I have concluded that dairy cattle are giant toddlers just looking for ways to get into trouble. I’ve written before about our 1,600-pound toddlers, but I do believe this past weekend truly takes the cake. I have had cows do some crazy things before, and Buddy certainly has topped the list time after time. However, this weekend, we found her in a very unusual position that I highly doubt she will ever try again.

On Sunday, I had just finished milking the first group of cows, and my dad was headed to switch groups around. He’d just passed through the parlor when my phone went off. I looked at the message he sent me and ran out of the parlor. As I rounded the feed bunk, I saw two legs and a tail hanging from the top of a gate. Buddy had decided to try to jump the gate.

We have two groups in our milk herd. Our first group consists of young, first-lactation cows and older cows that can’t walk as well or are more passive at the feed bunk. Group two consist of second-lactation and older cows that are aggressive and food driven. Buddy resides in group two. She is incredibly food-driven and aggressive. She is smaller than the others but will push her way through in a heartbeat. On Sunday, she was in heat and wanted to chase after a cow in group one. So, she tried to jump the shorter of the gates and ended up see-sawing the gate.

Her front legs were on the ground, but he back legs were stuck in the gate. After some maneuvering and a log chain, my father and I got her unstuck. She tried to run us over after she was free, but we got her to calm down and go back with her herd. She was embarrassed to say the least, and as soon as she was back with the others, she pushed her way through and went straight into the parlor.

Buddy is definitely not in the running for “cow jumping over the moon.” However, it was a bit of amusement for a rainy, cold Sunday morning. Just when I think I’ve seen her do it all, she always finds something else to get into. 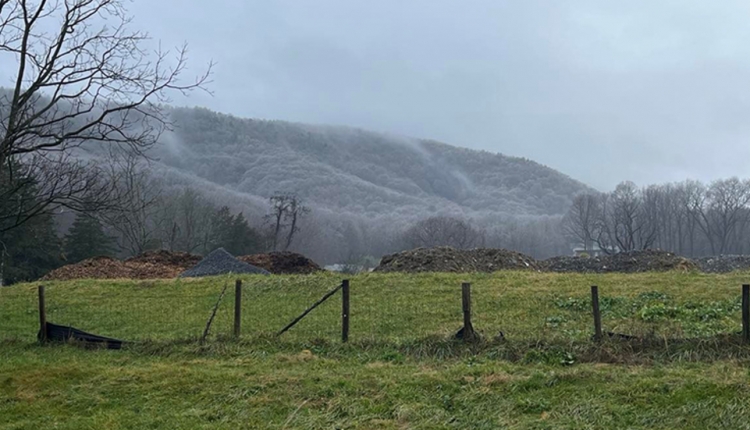