In taking home championship honors, Wisconsin remained undefeated through the entire contest. During their title run, they matched up with the very competitive New York team in the double elimination competition. In both contests, Wisconsin won by 10 points.

Shown in the photo is the winning team in action from (l to r): Ethan Dado, Bethany Dado, Chris Rassier, and Brett Getschel. The team hails from Polk County and is coached by Patti Hurtgen with the assistance of Gwen Dado and Ginny Rassier. 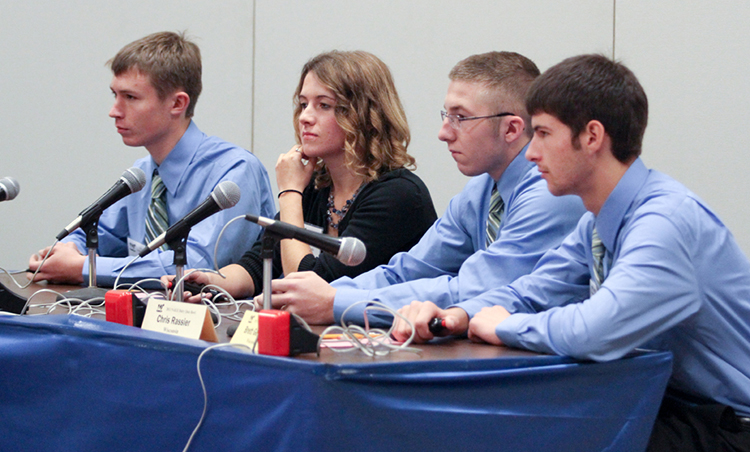 The contest also recognizes those contestants who perform the best in the written test. Ryan Sheehan from Illinois topped the written division. He was followed by the four contestants from New York: Casey Porter, Jesse Bonin, Justin Bishop, and Katie Oster who placed second through fifth, respectively.

Click to see a slide show of the contest and candids from the weekend activity.
Related

Make the most of your assets
HD Notebook
Related to:
HDN, dairy bowl, youth, 4HClub
In HD Notebook