Stop by the National Dairy Shrine Museum in Fort Atkinson to view an exhibit honoring past winners of the Klussendorf award. 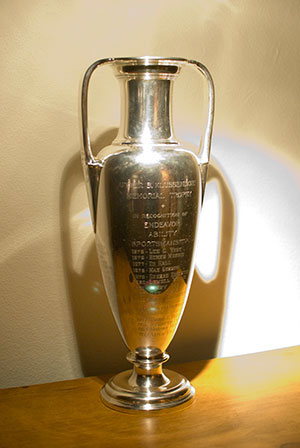 As you visit Madison for World Dairy Expo, consider making a stop at the National Dairy Shrine and Hoard Historical Museum in Fort Atkinson, Wis. An exhibit in honor of the 75th Anniversary of the Klussendorf Trophy is on display with photos and memorabilia of past winners. In addition, the Klussendorf Trophy, made by Tiffany and Company is showcased at the museum.
Since the idea was developed in 1936, the Klussendorf award has been considered the highest showmanship honor in the dairy show ring. The trophy is awarded to an individual who exemplifies the qualities that made Arthur Klussendorf so popular amongst his peers, sportsmanship, ability and endeavor. In 1937, Mrs. Klussendorf presented the trophy to the first winner, Olaf Kjome of Minnesota.

See the introductory panels of the display to learn more about how the award began.

More klussendorf
Since Arthur Klussendorf, was one of the most popular and talented cowman of his time, three of his closest friends, Harry Strohmeyer, Earl Hopper, D.V.M. and Gordon Hall met after his funeral to discuss an award in his namesake. Through their efforts, they raised funds for the signature trophy created by Tiffany and Company of New York, N.Y.

If you are unable to make it to the museum to see the display, you can look at our online version of the display.

The Klussendorf exhibit follows other successful one-time exhibits, including 2010's 125th Anniversary display of Hoard's Dairyman magazine and last year's Brown Swiss exhibit. A decision has been made to continue with special exhibits in the Historical Museum's Mary Hoard Gallery each year during the time of World Dairy Expo to showcase the dairy industry.

The National Dairy Shrine Museum and the Hoard Historical Museum are located at 401 Whitewater Avenue in Fort Atkinson. The museum is normally open Tuesday through Saturday between 9:30 a.m. and 4:30 p.m. However, during World Dairy Expo week, the museum will also be open Sunday, September 30th and Monday, October 1st. There is no admission fee; cash donations are gratefully accepted. For more information, call 920-563-7769 or email info@hoardmuseum.org.
Related 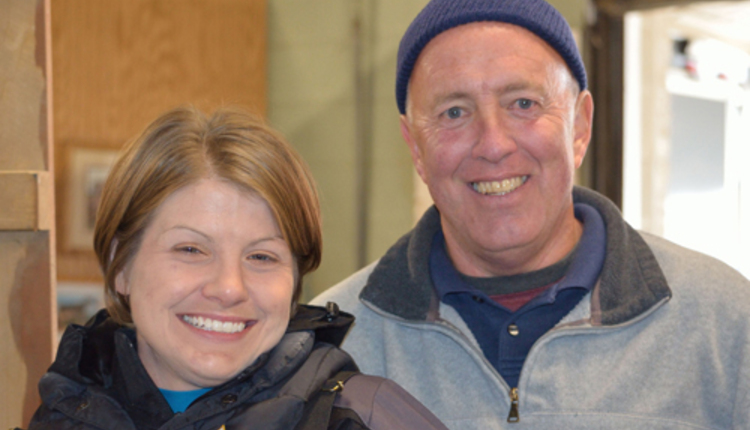 Hoards at Expo
A gamble that rewards for years 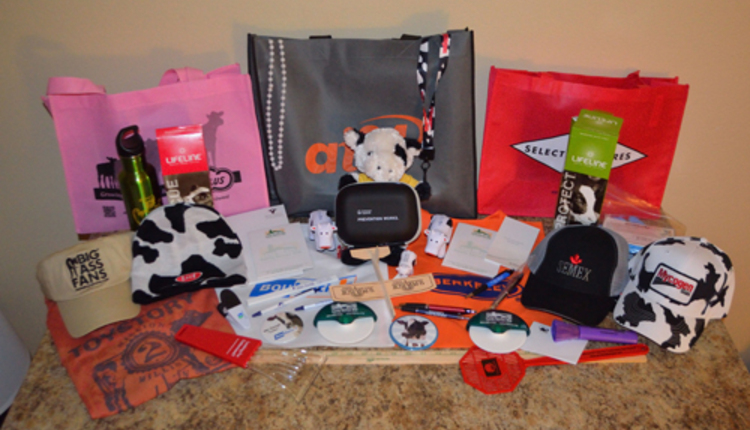 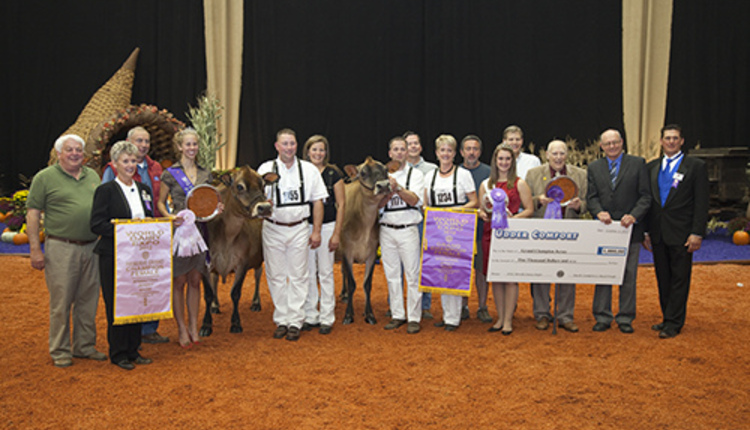