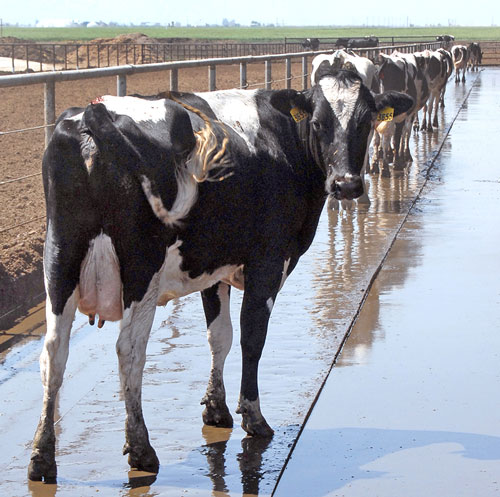 The newest edition of Dairy Statistics Annual from the California Department of Food and Agriculture suggests that the Golden State's stunning milk growth days are over. According to the report: The direction of California dairy farm numbers is undeniably down, and cow numbers seem to be following suit. Less clear is the trend in total milk production, although it is obvious that something big has changed.

That cow numbers fell again during a year of strong milk prices, and much better profitability suggests some producers and lenders were waiting for an opportunity to exit the industry with a degree of rebuilt equity and dignity after the 2008-09 meltdown. Good for them.

As one who lived and worked in California's dairy industry during most of its boom period in the 1970s, ‘80s and ‘90s, the inevitability of this has been clear for a long time. Every hot streak always comes to an end, even though this one seemed endless at times.

However, the fact remains that California continues to be the nation's biggest dairy state by a spectacular margin. It has almost as many cows as number two Wisconsin and number three New York combined, and it also produces more milk.

But financial, regulatory and other challenges are clearly taking a toll on California milk producers, and whatever the long-term effects of the state's ongoing historic drought turn out to be certainly won't help. Together they figure to keep chipping away at the country's leading dairy state.