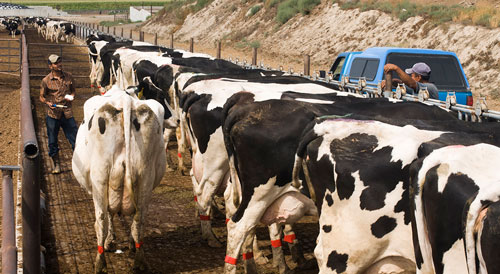 This year's ongoing national debate about minimum wage levels from state to state should remind everyone in the dairy industry that there is nothing minimum about how much workers on their farms typically earn.

President Obama wants to boost the federal minimum from $7.25 per hour to $10.10. Numerous states are in the process of doing part, all or more than that – all the way up to the $15 per hour that went into effect in Seattle, Wash., in June and is being pushed by some groups as the right number everywhere.

Every television and newspaper article on minimum wages reminds us there is nothing minimum about dairy wages. Have you ever encountered a dairy paying that little? Me either. Maybe for teenagers working part-time in summer, but not even close for full-time employees.

Talking to producers in recent years, 50 percent above minimum wage to start is about the least I have heard. Two-thirds above is more common. All say it is due to a constantly falling supply of people who are willing to work on dairies, and they expect it will get worse.

As seen in the accompanying table, the 10 biggest dairy states in the country tend to have low statewide minimum wages. Half are at the federal minimum and two are just barely above. Washington, however, currently has the highest minimum wage in the country: 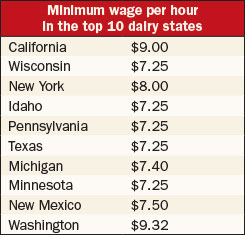 To comment, email your remarks to intel@hoards.com.
Subscribe to Hoard's Dairyman Intel by clicking the button below
Related 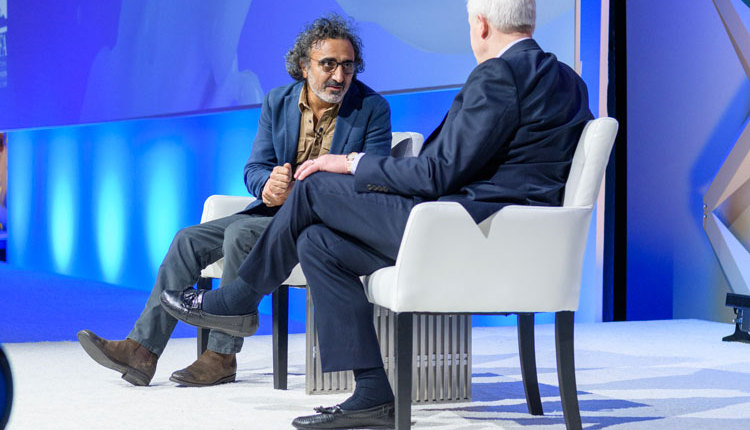 Who messed up the identity of dairy?
Hoard's Dairyman Intel