Can EPA be trusted? 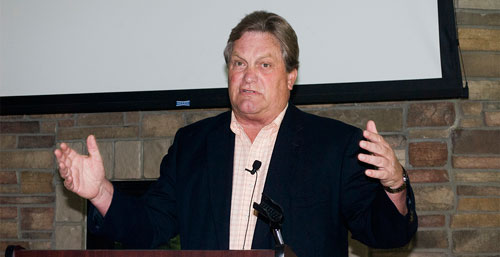 Idaho Congressman Mike Simpson (pictured) is not a big fan of the Environmental Protection Agency (EPA). Nor is he reluctant to say so, as seen at the Western Land Symposium in Boise last week.

The eight-term lawmaker, who is chairman of the Energy and Water Development Subcommittee of the House Appropriations Committee, told attendees that "my ongoing fights and debates and arguments with EPA" boil down to one basic point: "All we're trying to do is get them to use sound science. Hopefully, we're moving them in that direction, but it's not an easy task to do."

Simpson's skepticism began when he was chairman of the Interior Subcommittee and EPA was developing the Integrated Risk Information System (IRIS) program that evaluates information on human health effects that may result from exposure to environmental contaminants.

"We had some questions about one of the rules on arsenic, so I asked the National Academy of Science (NAS) to review EPA's study and how they came up with the rule. About six months later [a person from NAS] came to my office and said, "We have no idea how they came up with this rule; why they reject some studies and accept others. It's almost like they have a preconceived idea of the rule they want to write and they accept the science that confirms what they want, even though the majority of science might be on the other side."

"When EPA saw what NAS said about their arsenic rule, they withdrew it," said Simpson.

His current struggle with EPA is over its push to redefine the meaning of "Waters of the United States" under the Federal Clean Water Act – which in some views would make all waters federal waters and effectively give EPA authority over all land use in the country. Simpson is a cosponsor of two bills (H.R. 5071 and H.R. 5078) that would prevent EPA and the Army Corps of Engineers from making that redefinition.

"When [EPA Administrator] Gina McCarthy testified before our committee about how important this definition is and explained how it was going to clarify things, I told her, "What you don't realize is, you've just fired the first shot in a water war in the West."

"EPA thinks that if it doesn't control waters, then it means there's no oversight. States oversee them; the federal government doesn't need to do that," said Simpson.