Genetic base change on tap for December 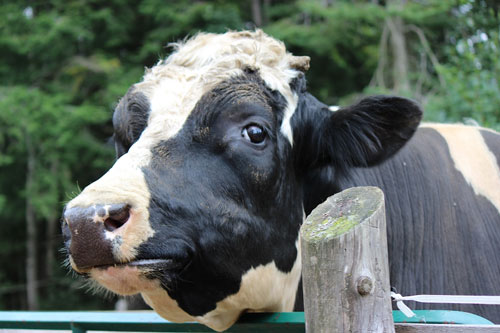 Rapid genetic improvement necessitates that all genetic evaluations be published with an updated genetic base every five years. This is simply an adjustment to the Predicted Transmitting Abilities (PTA) of all animals to compensate for genetic change, and it keeps PTAs from becoming extreme over time.

"The magnitude of change will reflect the genetic progress of the previous years," explained João Dürr, Council for Dairy Cattle Breeding's chief executive officer, at a press conference held during World Dairy Expo.

In reality, though, genomic evaluations played a relatively small role in the upcoming base change numbers (see table). Females born in 2010 were used as the reference point. These cows were the result of matings that took place between April 2009 and March 2010, before genomic selection had really taken off. It is expected that the rate of genetic progress will be more rapid for calves born in the past four years.

Still, headway has been made in many traits, and the genetic bases have been adjusted accordingly. Average PTAs for sire-identified cows born in 2010 will be set to zero except for the traits calving ease and stillbirth rate, which will be set to the breed average and for somatic cell score, which will be centered at 3.0.

Dürr also announced changes that will be made to the lifetime merit indexes. Two additional fertility traits have been added that were not included in 2010. Supplementing the traditional net merit (NM$), cheese merit (CM$) and fluid merit (FM$) indexes, a fourth index, called grazing merit (GM$), is being introduced as well. The new revision will also include heifer conception rate (HCR) and cow conception rate (CCR).

More information on these changes can be found at https://www.cdcb.us/News/News.htm.