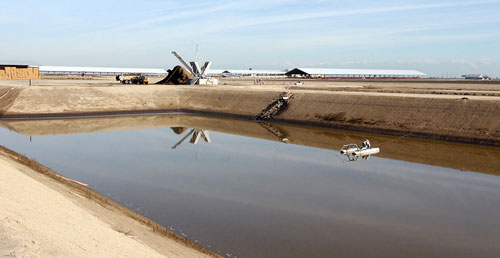 A few answers - and one huge question - have already emerged in the wake of the landmark January 16 court decision in Washington that manure applications which exceed agronomic needs constitute solid waste dumping and thus violate the federal Clean Water Act.

These are things that every dairy in the country should keep its eye on.

The answer about what all five dairies involved in the case would have to do, but perhaps only the first thing, is now known. All have agreed to a court stipulation - a binding legal contract - to put synthetic liners in their manure lagoons by 2020. They also agreed to supply nearby residents with bottled drinking water.

One immediate question that arises from the liner agreement is whether the dairies can afford the huge cost of doing so. Another is whether other, yet unknown, mitigation requirements will follow that would financially force them out of business.

The liner requirement could be a fatal burden all by itself. The court stipulation leaves out precise details that remain to be hammered out by both sides, but does require at least one 60-mils layer. Installed cost is roughly $125,000 per surface acre of lagoon size.

(The lagoon pictured above was taken at a dairy in central California.)

The first dairy that faced the judge is scheduled to go back into court March 23 for a trial to determine other pollution remedy steps it must take.

A big question before the case began has become gigantic after the judge's ruling: Where does this leave the United States Department of Agriculture's Natural Resources Conservation Service (NRCS) nutrient guidelines, which are the basis of all farm plans approved by conservation districts dating back to 1937?

With his ruling, the judge threw out the decades of scientific research that have gone into establishing the requirements followed by farmers - standards that were agreed to by the U.S. Environmental Protection Agency in a consent decree with the Yakima dairies in 2013.

Thus, the stakes in the Yakima case have been raised exponentially higher and wider than for just five dairies in eastern Washington. Instead, all dairies nationwide, and potentially all farms of every kind, now have a stake in its ultimate outcome.

The impact of fires on Australian milk flow
By Dennis Halladay, Western Editor