The author is a trader with Cereal Byproducts Company, Port Washington, Wis.

Every so often we are offered a new and different dish by an anxious spouse, friend or relative hoping to impress us, gain our approval and share in our enjoyment. While many times we can happily appreciate and relish their efforts, sadly there are also times when we feel we must put on a brave face and try to find something nice to say. In these situations, being both polite and truthful can be an impossibly hazardous collision course. How does one say nicely, "I appreciate your efforts, but this doesn't work."

This experience is not unlike a dairyman and his nutritionist, who have worked long and hard to grow, procure and formulate a ration for a new feeding year, hoping the herd will respond with greater intakes and milk yields. If the cows don't agree, the results are painfully obvious; the cows will be brutally honest but always truthful. While Midwest cows loved this past cool summer, they clearly have told us they do not like the corn grain and silage it produced.

Herds throughout the Upper Midwest are struggling with grains and silage that lack starches, sugars, energy, palatability and digestibility. Many dairymen and their nutritionists continue to struggle through this winter to find the nutritional keys to unlock production in the face of lower milk prices.

The addition of more grain, supplemental starch, lower forage inclusion rates and so forth in the rations are all attempts to "feed around" the worst characteristics of this year's cool weather forages and grains. Ration "triage" will likely go on for the rest of this feeding year, and one thing is for sure, unlike us, the cows will never lie about their feed.

Markets move on news
This year's commodity markets have surprised everyone. They have often sold off on early news, ahead of the actual facts. Many commodities and even oil have found price lows on the news of abundant supplies, ahead of the actual fact of them. Almost every commodity market had an interesting twist this crop year, and by-products have often been influenced by the primary markets from which they are sourced.

Distillers grains were absolutely pummeled this summer as China closed off imports of U.S. distillers due to GMO (genetically modified organisms) trait concerns. Distressed prices went as low as $50 per ton fob (freight on board) at some plants before recovering to $85 to $120 per ton fob levels in the early to mid-fall. Wise purchasers recognized and locked in good values, as prices staged a slow but steady recovery through the fall and early winter.

In the past month, prices rocketed into the $180 to $200 per ton fob plant levels with the recent Chinese announcement of its acceptance of particular GMO corn traits and its renewed import orders. Supplies have since been extremely tight, making load scheduling difficult. Some plants have even expressed concerns about being able to honor domestic contracts in a timely manner. Prices going forward into the spring and early summer still look quite stiff at approximately $180 per ton fob. Ethanol production remains good with the blending requirements for gasoline in place and inexpensive gasoline usage encouraging ethanol demand. Distillers prices will likely remain firm going into spring.

Corn gluten feed was another feed which put in its lows on early news of large corn supplies. Dry gluten prices bottomed in early fall at around $120 per ton delivered to dairies in the Upper Midwest and then rose steadily as customers secured contracts. This past November, large western and southern rail sales were made, which effectively removed much of the remaining available gluten supplies from the market.

Offerings were either completely pulled, or limited offerings remained, which ran between $180 to $200 per ton delivered to Upper Midwest dairies. Recently, delivered gluten pellet supplies have returned to the $140 per ton level on limited offerings.

Some corn wet millers have expressed concern because of weak demand and slow sales of their finished products of corn syrup and starches, and they have substantially reduced corn grind levels, which is raising concerns about being able to completely fulfill existing gluten feed contracts. For the next two months, this will likely keep new gluten feed offerings to a minimum and will hold prices at existing levels, even if corn should decline. Wet corn gluten feed supplies are barely adequate, with delivered values to many Upper Midwest dairies in the mid-60s per ton.

Corn starch has once again become a popular addition to many dairy diets. Off grade, food grade starch is delivered into Upper Midwest dairies in palletized bags and tote sacks for $135 to $155 per ton. This has been particularly useful in fortifying dairy diets this year with much of the corn grain light in test weight, low in starch and energy levels.

Futures driving cotton
Cottonseed found its way back into many dairy diets in mid- to late fall, hitting lows of $285 per ton in the fall and then rising in January to $325 to $330 delivered. However, plummeting CME milk futures prices in late January caused sporadic local resellers with unsold positions to get nervous about future cottonseed sales.

These resellers dumped cottonseed positions to end users, driving down delivered prices in early February to $307 to $315 per ton in some Upper Midwest areas. Prices have since recovered. The large Texas crop is servicing much of the western dairy demand now, making more of the mid-South seed available for the Upper Midwest.

If milk can hold at current mid-February prices, cottonseed can also likely hold its price. Next fall's seed market is facing interesting questions. U.S. cotton acres and yields are both likely to decline significantly. Cotton lint prices are presently only in the low 60-cent range for next fall. This is an extremely low price which will strongly discourage planting this spring. The Texas dryland cotton is unlikely to have the significant rains to make a large yielding crop two years in a row, which will surely dent national yields.

In the coming feeding year, it is entirely possible that some of the Midwest cottonseed demand could actually be met by imported cottonseed, something which has never occurred previously. Likely, cottonseed will sell at a premium in commodity markets going forward into next year, as the domestic cotton production prospects have deteriorated severely.

The canola market has been slowly improving and basis has become much more favorable at $65 to $70 under the respective CME soybean meal price at many Upper Midwest rail transload sites. Canola supplies are also readily, and reliably, available unlike much of the past six months when supplies were best described as sporadic and unreliable. Indications at present are that both prices and supplies should continue to slowly improve.

Markets driving acreage
Crop producers are facing particularly challenging questions right now. Which crops can they afford to plant, can they come close to cash flowing and what should be the acreage size of each crop in their crop mix? Can future corn prices show enough return to attract all the acres the market really requires? Will soybeans continue to struggle to generate enough gross dollars per acre for many operations, particularly those with more expensive land costs? Grain producers are feeling the pinch, and how they answer these questions in the coming months will set the course for dairy feeding in the coming year.

Straw is the farm’s multi-tool
Nutrition
Related to:
features, animal care
In Features

Crops and Forages
The hauntings of crop year 2019 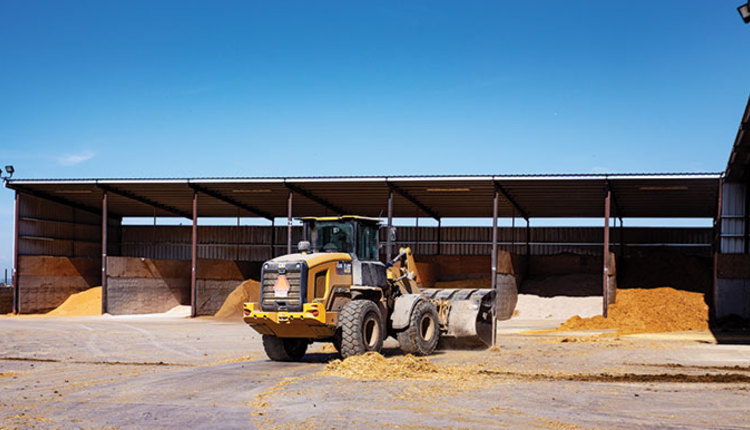