What are the implications of a California order?

The original request by three dairy cooperatives initiated a process that will eventually determine whether or not California joins the Federal Milk Marketing Order system, but it could take time to reach the final determination. 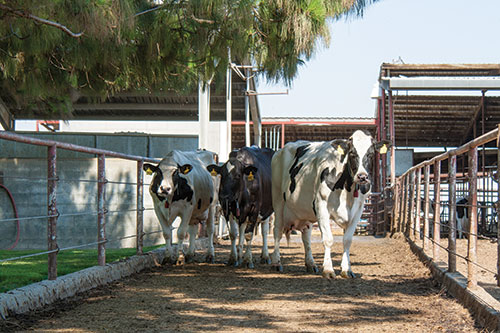 With the passage of the Agricultural Act of 2014, known to many as the farm bill, Congress re-authorized California's ability to enter into a Federal Milk Marketing Order (FMMO) and at the same time retain its state quota system for beverage milk. In early February 2015, three dairy cooperatives with membership in California, California Dairies, Dairy Farmers of America and Land O'Lakes, requested that Agriculture Secretary Tom Vilsack hold a public hearing to consider a FMMO for California.

Since then, USDA announced it is seeking additional proposals regarding a California FMMO. Alternative proposals must be received no later than April 10, 2015. After that, USDA currently plans to hold public meetings this May within California to provide information on the hearing process and give petitioners an opportunity to discuss the intent of their proposals.

It could be many months before any clear path becomes apparent. The road will likely see many twists and turns as the process unfolds that could result in the California dairy industry moving to a FMMO. 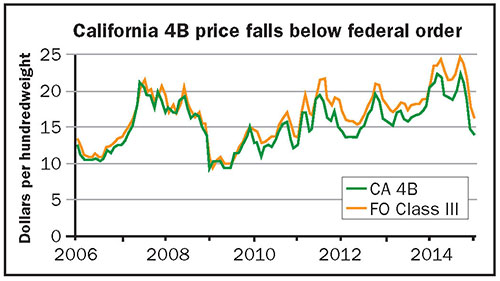 If a California federal order emerges from the co-op led request, the impacts will depend critically on the exact language adopted. Additionally, impacts from a new federal order will be felt by those involved in the Golden State as well as dairy producers throughout the country.

According to the proposal, transportation credits would be available to move milk to Class I and II processing areas, with these credits coming out of the market-wide pool. All California plants purchasing milk from Grade A producers would be pool plants and would be unable to de-pool. California fluid milk standards are currently different than U.S. fluid milk standards, and that would continue by providing a fortification allowance to Class I handlers.

Implementing a California federal order will have some spillover effects into the rest of the country. The California All-Milk price reported by the National Agricultural Statistics Service of USDA is among the lowest among large dairy states today.

If California becomes a federal milk order region and milk prices received by farmers within the new order go up, more California milk could be produced relative to continuing the current California state system. Although the effect should not be overstated, more California milk production will potentially cause downward price pressure across the country.

These examples of potential effects beyond California should convince all dairy participants across the country to follow the debate as a potential California federal milk order unfolds.

The path remains long
Despite being a topic of discussion for years, the implementation of a federal milk order in California remains in the early stages. With the proposal set forth by the three large cooperatives and the request for a public hearing, USDA is now soliciting other input in the next few months that will ultimately determine whether to hold a hearing regarding a California federal order. USDA has emphasized that these proposals should discuss how they resolve current disorderly marketing conditions. If USDA determines that a public hearing should be held on a California federal milk order, there will be numerous ideas of how to develop and implement a new federal order, especially given the unique nature of California's dairy industry.

A new California FMMO could have many ramifications, both within and outside of the state, and those effects will depend on the exact final order provisions. Ultimately, this issue could be one of the most important decisions that California, and perhaps even the entire U.S. dairy industry, has faced in a long time.

Decisions to make in an inflationary environment
Features
Related to:
features, dairy policy, FMMO
In Features

Hoard's Dairyman Intel
Will milk per cow growth rebound, too? 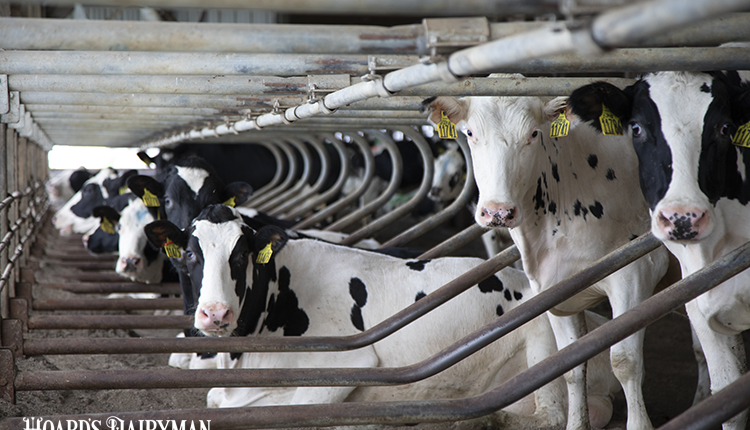