California must cut water use by 25 percent 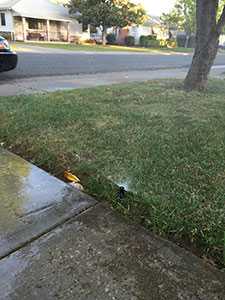 With snowpack levels at just 5 percent of the historical average for April 1 - the lowest amount for that date since record keeping began in 1950 - the severity of drought has reached a new high. Governor Jerry Brown has taken note, and for the first time in history, he has ordered a statewide restriction on water, aiming to reduce usage by 25 percent over the next nine months.

Fortunately for farmers, this time the restrictions are not directed at production agriculture. With imported water supplies already cut to zero in some cases, the state's farmers left 400,000 acres of fields unplanted last year, resulting in a loss of 17,000 jobs. The governor won't require agriculturalists to leave more fields fallow, but he is asking them to step up water efficiency measures.

Instead, many of Brown's restrictions will focus on lawn irrigation and other outdoor landscape uses, with the governor specifically pointing out large campuses, golf courses and cemeteries as places where efforts will be focused. His order will also require local governments to replace 50 million square feet of lawns with drought-tolerant landscaping, and the watering of decorative grasses on public street medians is banned. In addition, the state will create a temporary rebate program for consumers to replace older, water-wasting appliances with more efficient ones.

State officials said that some local water agencies will need to implement household rationing to meet the governor's goal of reducing overall water use in the state by a quarter. That equates to the amount of water a city with a population of 6 million would use over the course of an entire year. Those local agencies that fail to meet the water reduction goals may face penalties of up to $10,000 a day.